Russia, US close to deal over Syria’s Aleppo as killing continues 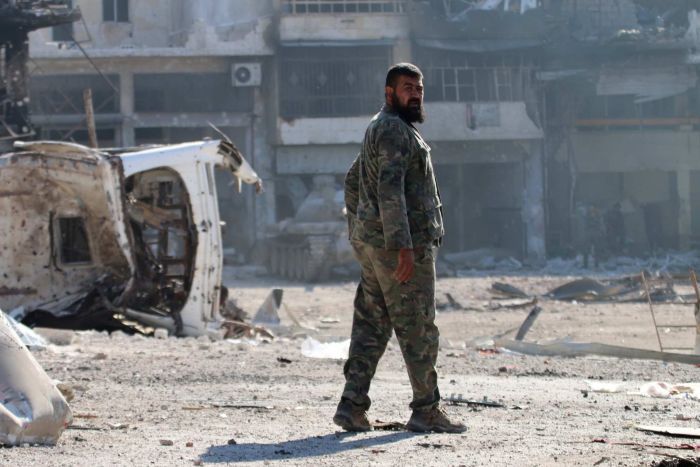 Aleppo, Syria’s second largest city, has been divided between government-controlled neighbourhoods in the city’s west and rebel-held areas in the east since 2012.

The Syrian government and its allied forces reportedly control at least three-quarters of formerly rebel-held eastern Aleppo due to a massive military assault on the besieged area.
Syria’s war: Government forces push into Aleppo’s old city

Russian media quoted Lavrov as saying the Syrian army has halted its attacks on Aleppo to allow for the evacuation of civilians but there was no confirmation from the UN or the Syrian government.

Later on Thursday, US Secretary of State John Kerry and Russian Foreign Minister Sergei Lavrov spoke over the phone about Aleppo and agreed to continue discussing a ceasefire to allow aid delivery and the departure of civilians, the State Department said.

“They agreed to continue discussions about establishing a framework for a ceasefire that will allow the delivery of aid, desperately needed humanitarian aid, as well as the safe departure of those who wish to leave the city,” State Department spokeswoman Elizabeth Trudeau told a briefing.

Ryabkov had earlier said the US and Russia were “close to reaching an understanding” before warning against “high expectations”.

On Wednesday, government forces scored an important victory when the rebels retreated from the Old City, the historic heart of Aleppo.

For: Russia, US close to deal over Syria’s Aleppo as killing continues