Sabratha Military Council renounces IS presence in the city, vows to eradicate them 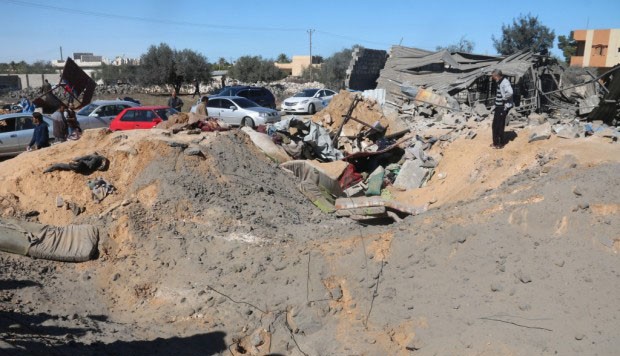 The Military Council of Sabratha issued a statement Friday in the wake of the US strikes against IS in Tleil area in the city, rejecting strongly any presence for the terror group in Sabratha, especially those from foreign countries.

“We feel very sorry that some of the city’s residents have given shelter to those terrorists as they endangered the lives of their neighbor for the sake of money.” The statement went on.

The Military Council also promised that it will defend the city against those terrorists and those who are housing them by bringing them to justice as their intentions of killing the Libyan people had already unfolded.

Meanwhile, Sabratha’s Mayor, Hussein Al-Thuwadi, refuted the news that say IS is in control of the city, pointing that their presence in the city is because they are travelling from one place to another.

“We called all citizens to report the identity papers of the foreign workers they have in the city in all cafes, restaurants and so on, to make sure we know who resides in the city.” Concluded the Mayor. 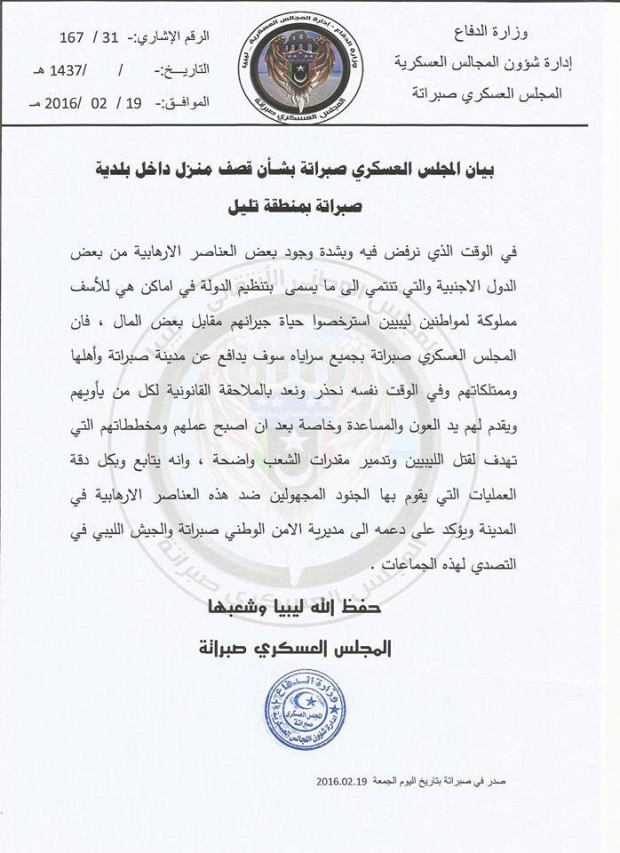 For: Sabratha Military Council renounces IS presence in the city, vows to eradicate them