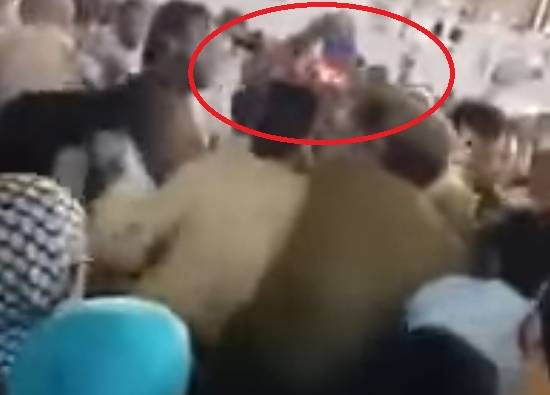 Saudi Arabia’s police say they have detained a man who tried to set himself alight at the Grand Mosque in the holy city of Mecca.

Major Sameh al-Salami, police spokesman at the Grand Mosque, announced the news on Tuesday, saying that the man, a Saudi citizen in his 40s, attempted to set himself alight by pouring gasoline on himself near Islam’s holiest shrine, the Kaaba, around 11:00 p.m. local time (0800 GMT) on Monday, Press TV reported.

“He was held before he went on with his dramatic self-immolation act and his behavior indicates that he is mentally ill. All the necessary measures will be taken,” Salami added, without elaborating more.

Some eye witnesses, however, claimed that the man was also trying to set fire to the black-and-gold silk curtain that covers the Kaaba, Press TV added.

A video clip circulating on social media showed a bustling crowd of pilgrims and security guards, who were escorting and hustling the man away from the Kaaba.

No report has been so far released on the real reason behind the man’s action. Reports say Saudi citizens are under increasing pressure as a result of the worsening economic conditions in the country, according to Press TV.

For: Saudi man trying to set fire to the Kaaba and himself arrested in Mecca