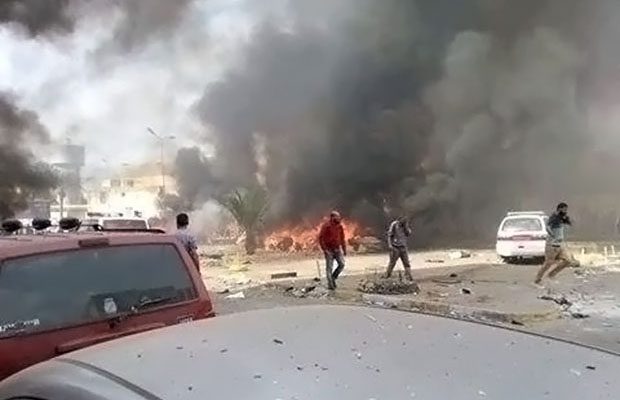 Islamic State said it carried out the bombing, in the besieged district of Ganfudah, according to Reuters.

The area is one of the last pockets of resistance holding out against the self-styled Operation Dignity forces loyal to eastern commander Khalifa Haftar.

Haftar has been waging a military campaign in Benghazi for more than two years against local opponents.

All those killed in Sunday’s bombing were from the Operation Dignity forces, a medical source from Benghazi’s main hospital said.

The attack followed the latest advance on Saturday by the Haftar-led forces, which said following heavy clashes that it had taken control of buildings along the seafront west of Ganfudah, encircling its opponents from the Benghazi Shura Council.

At least six people were killed in Saturday’s fighting, security and medical officials said, according to Reuters.