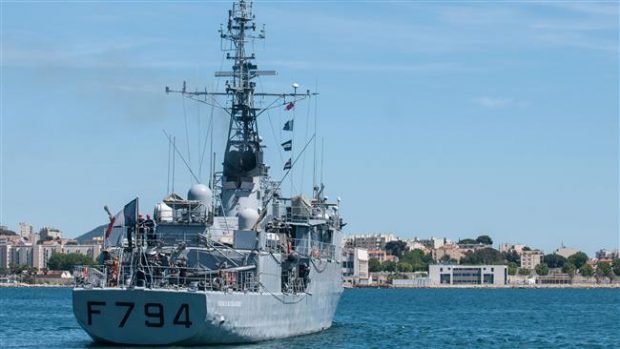 A signal detected from deep under the Mediterranean belongs to a black box from the doomed EgyptAir Flight MS804 that crashed last month killing 66 people on board, French investigators confirmed Wednesday.

“The signal from a beacon from a flight recorder has been detected” by navy vessel Laplace, said Remi Jouty of France’s Bureau of Investigations and Analysis (BEA), following an announcement from Egyptian authorities that the signal had probably been picked up.

The development raised hopes that the plane’s flight data and cockpit voice recorders, known as the black boxes, could be retrieved and shed light on the aircraft’s tragic crash.The confirmation from French investigators came hours after the Egyptian Civil Aviation Ministry said the signal picked up by French ship Laplace was likely from the doomed Cairo-bound plane.

Laplace’s equipment picked up the “signals from the seabed of the wreckage search area, assumed to be from one of the data recorders,” the Egyptian statement read. It added that a second ship, John Lethbridge — affiliated with the Deep Ocean Search firm, will join the search team later this week.

Locator pings emitted by flight data and cockpit voice recorders, known as the black boxes, can be picked up from deep underwater. The Laplace is equipped with three detectors made by the Alseamar company designed to detect and localise signals from the flight recorders, which are believed to be at a depth of about 3,000 metres (3,280 yards) underwater.

Shaker Kelada, an EgyptAir official who has led other crash investigations for the carrier, told the AP that half “the job has been done now” and that the next step would be to determine the black boxes’ exact location and extract them from the sea.

“We have to find where the boxes are exactly and decide on how to pull them out,” he said, adding that search teams might need to send in robots or submarines and “be extremely careful … to avoid any possible damage”.

Kelada said he was confident the boxes will be retrieved. He had investigated the Flash Airlines Flight 604 crash in 2004, when the aircraft hit the Red Sea shortly after takeoff from the resort of Sharm el-Sheikh, killing all 148 passengers, most of them French tourists, and crew on board.