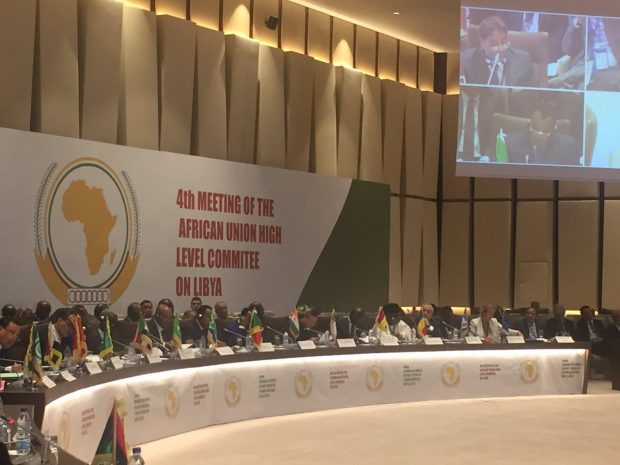 President Jacob Zuma on Sunday welcomed progress made in the discussions.

Zuma was in Brazzaville to attend the 4th meeting of the African Union (AU) high level panel on Libya chaired by President Denis Sassou-N’Guesso of the Republic of Congo, the presidency said in a statement.

The panel also adopted a roadmap outlining the activities and time frames for action towards the resolution of the conflict, including an enlarged 5th meeting of the panel, the organisation of an inclusive inter-Libyan dialogue, and the installation of “institutions of the transition”.

Zuma congratulated Sassou-N’Guesso on “successfully bringing together all the critical warring factions in the Libyan conflict and noted their stronger convergence on the steps that needed to be taken in order to resolve the conflict and bring about peace, democracy, and stability in Libya”.

“It was the first time that all the opposing players in the conflict came together under one roof in this fashion, and I would like to therefore congratulate President Sassou-N’Guesso for convening this meeting successfully,” Zuma said.

The views expressed in Op-Ed pieces are those of the author and do not purport to reflect the opinions or views of Libyan Express.
How to submit an Op-Ed: Libyan Express accepts opinion articles on a wide range of topics. Submissions may be sent to oped@libyanexpress.com. Please include ‘Op-Ed’ in the subject line.
African UnionBrazzavilleLibya
Share
Submit a Correction
Sign up for our Newsletter.

Russia urge ‘restraint’ in Libya ahead of general election