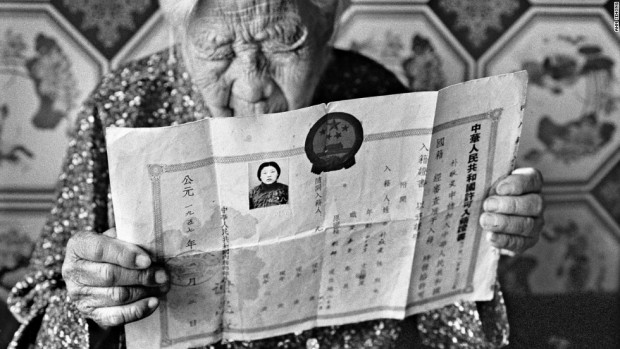 Japan and South Korea have reached an agreement over the long-standing issue of “comfort women” — the term used to describe sex slaves used by the Japanese military during World War II.

Japanese Foreign Minister Fumio Kishida said his government will give 1 billion yen ($8.3 million) to a fund to help those who suffered.

South Korean Foreign Minister Yun Byung-se said as long as Tokyo sticks to its side of the deal, Seoul will consider the issue “irreversibly” resolved.

In addition, the two governments “will refrain from criticizing and blaming each other in the international society, including the United Nations,” Yun said at a joint press conference Monday.

Kishida said Japanese Prime Minister Shinzo Abe “expresses anew his most sincere apologies and remorse to all the women who underwent immeasurable and painful experiences and suffered incurable physical and psychological wounds as comfort women.”

Japan helped establish the Asian Women’s Fund in 1995, which is supported by government funds and provides assistance to former comfort women.

But Tokyo had resisted direct compensation to the victims, prompting activists and former comfort women to say Japanese leaders were avoiding officially acknowledging what happened.

Today, only a few dozen of the women are still alive.

Kim Bok-dong was a 14-year-old girl when the Japanese came to her village in Korea.

She said they told her she had no choice but to leave her home and family to support the war effort by working at a sewing factory.

“There was no option not to go,” the 89-year-old woman told CNN’s Will Ripley this year. “If we didn’t go, we’d be considered traitors.”

But instead of going to a sewing factory, Kim said she ended up in Japanese military brothels in half a dozen countries.

There, Kim said, she was locked up and ordered to perform acts no teenage girl — or woman — should be forced to do.

She described seemingly endless days of soldiers lined up outside the brothel, called a “comfort station.”

“Our job was to revitalize the soldiers,” she said. “On Saturdays, they would start lining up at noon. And it would last until 8 p.m.”

Kim estimated each Japanese soldier took around three minutes. They usually kept their boots and leg wraps on, hurriedly finishing so the next solider could have his turn. Kim says it was dehumanizing, exhausting, and often excruciating.

“When it was over, I couldn’t even get up. It went on for such a long time,” she said. “By the time the sun went down, I couldn’t use my lower body at all.”

Kim believes the years of physical abuse took a permanent toll on her body.

“There are no words to describe my suffering,” she said. “Even now. I can’t live without medicine. I’m always in pain.”