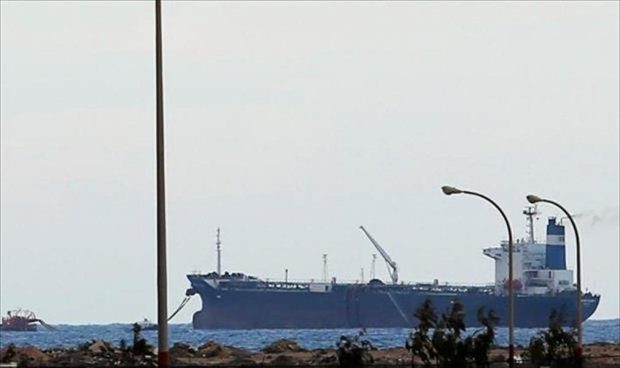 The Spokesman of the Benghazi parallel National Oil Corporation, Muhammad Al-Manfi, has confirmed Tuesday that the eastern-based, Al-Thinni-government-controlled NOC exported the first oil shipment out of AL-Hariga port.

Al-Manfi reassured in a statement today, that the Indian-flagged vessel, Distya Ameya, was filled with 65 thousand barrels of crude oil and it had reached international waters early on Tuesday after leaving the port late on Monday.

However, the Maltese port authorities disallowed Distya Ameya from entering saying that it is not authorized to enter Maltese territorial waters, and all requests will be refused.

“The ship was anchored at Hurd Bank, 12 kilometers (seven miles) off the Mediterranean state’s southeastern coast, according to the authority, Transport Malta.” Reported Bloomberg.

Meanwhile, many angry reactions to this attempt were said Monday by the Tripoli-based, internationally recognised NOC, the US embassy and others. They all called this act as an infringement on the oil sector and an illegal selling of Libya’s natural resources by Al-Thinni government in eastern Libya.