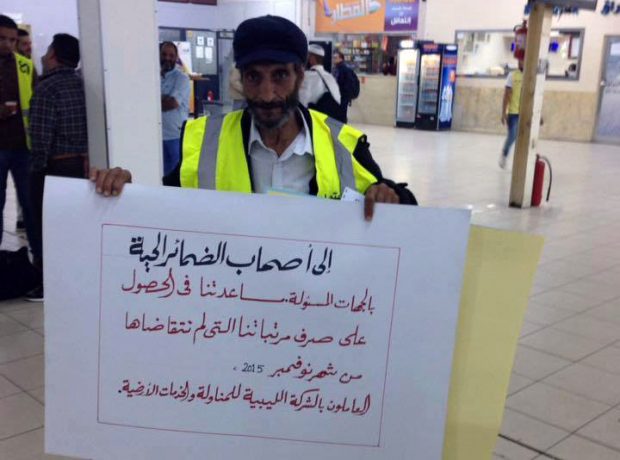 For the second day in a raw, the workers of the Libyan Ground Handling Company have gone on sit-ins at Mitiga airport in Tripoli, Misurata airport, Sabha and Benghazi airports.

The head of the documentation and information unit at the company, Sohaib Firjani, told the press Thursday that a meeting was held in Misurata on Wednesday aiming at paying out the delayed salaries for the company workers.

“They agreed on a settlement for the situation by paying just part of the 12-month delayed salaries” Firjani added.

The mediator party has been reluctant to name itself, said Firjani, however; so far as the meeting results have not been executed, the company workers are still going on with their sit-in, he added.

Besides demanding payment of their delayed salaries, the Libyan Ground Handling Company workers have also demanded they be part of Libyan Airlines and Afriqiyah Airways companies.