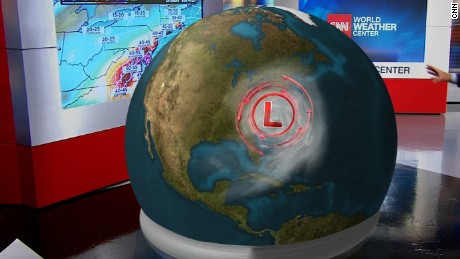 A massive winter storm clobbered the East Coast on Saturday, dumping more than three feet of snow in parts of West Virginia and Maryland, tying up traffic on highways, grounding thousands of flights and shutting down travel in the nation’s largest city.

From the Carolinas to New York, tens of thousands were without power Saturday night as a result of the storm, which was finally heading out to the Atlantic.

Except for some isolated flurries, snowfall in most of the major cities will likely finish early Sunday morning, CNN Meteorologist Sean Morris said.

Huge snowfall but no record

Though the blizzard set no snowfall records in New York or Washington, you wouldn’t know it from walking through the steady evening snow or waist-high snow banks.

New York’s Central Park recorded 25.1 inches of snow by 7 p.m. Saturday, ranking as the third-largest snowfall since records began in 1869.

Mayor Bill de Blasio warned that the total was bound to go higher as snow continued to fall.

“We have to prepare for an even worst-case scenario,” he said, “and be ready if it goes even farther.”

New York at a standstill

A travel ban was in effect on all roads in New York City and Long Island on Saturday. City bus service and above-ground subway lines were halted, along with area rail services such as the Long Island Rail Road.

All Broadway performances were canceled due to the blizzard, according to the Broadway League.

The wind-driven snow at times appeared to descend sideways, making it difficult to see. On Manhattan’s Upper West Side, doctoral student Luis Abraham Garcia of Mexico pushed a wheeled suitcase on the snow-covered sidewalks, hoping to catch an outbound train.

He’d been in Washington on Friday, intending to fly home to Mexico City. However, the flight was canceled, so he traveled to New York to catch a flight Saturday. That flight, too, was called off. So now he hoped to take a train to Chicago, where he would try again to fly home.

This was Garcia’s first snowstorm.

“I’ve never seen snow like this. I’ve been to New York during other seasons — in the cold and the heat — but never saw it under a blanket of snow,” he said.

Officials said the ban would be lifted at 7 a.m. Sunday, but they urged people not to travel unless necessary.

“Our plows will still be clearing the streets, and we must keep the streets passable for emergency vehicles,” the mayor said. “Whenever possible, New Yorkers should stay indoors until this storm passes.”

Road accidents Friday night caused a 7-mile-long backlog involving around 500 vehicles on the Pennsylvania Turnpike, a state police spokeswoman said. The traffic stayed there through Saturday afternoon, when police started turning some drivers around and allowing them off at points along the roadway.

Among those stuck on the turnpike: The Duquesne University men’s basketball team, on the road after a victory against George Mason in Virginia. Photos that the team posted to Twitter showed senior forward Nick Foschia making a snow angel in the road and a line of vehicles stranded on the highway. Also stuck was the Temple University women’s gymnastics team.

Members of the National Guard and the local fire department delivered water to some of the stranded motorists Saturday morning.

In central Kentucky, some drivers were stranded along a 35-mile stretch of Interstate 75 for as long as 19 hours, from Friday afternoon to Saturday morning.

Nearly 65,000 customers were in the dark in the Carolinas. The states were hit hard by a combination of snow, sleet, ice and strong winds

Most airports in the Mid-Atlantic virtually were shut down. The number of flight cancellations for Saturday and Sunday was 7,421, according to flight-tracking service FlightAware.com.

Mass transit services in Washington and Baltimore were suspended for the weekend. And some Amtrak service to and from the East Coast has either been canceled or truncated.

Coastal flooding was a big concern as the storm headed out to sea, and the National Weather Service issued a warning for the New Jersey coast until noon Sunday.

Margate City, just down the coast from Atlantic City, was already covered in water. Some businesses along the main thoroughfare, Ventnor Avenue, put sandbags in front of their doors.

Farther south, the mayor of North Wildwood said the high tide was much higher than anticipated and caught many of the town’s 5,000 year-round residents off-guard.

“We had a lot of evacuations, a lot of people who had stayed in their homes not anticipating this, needing to be rescued,” Patrick Rosenello told CNN.

Most of the city was without electricity, he said, and the phones at the emergency dispatch center were jammed all day.