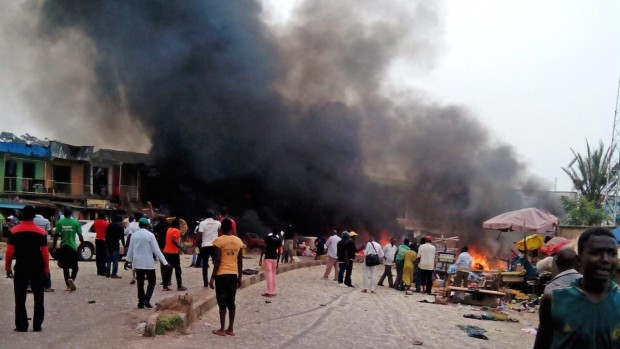 The first bomber struck inside the mosque, while the second blew herself up outside as survivors tried to flee, eye witnesses told the BBC.

Seventeen other people were wounded in the attack, an official told AFP.

Militant Islamists Boko Haram have often targeted the city in their seven-year insurgency.

“We were just a few metres away from the mosque when a loud bang erupted and all we could see was dark smoke and bodies littered around,” another witness told Associated Press news agency.

The attack took place a few minutes after worshippers started an early morning prayer, the chief imam of Umarari mosque on the outskirts of the city told the BBC Hausa service.

All the wounded have been taken to hospital, he added.

Boko Haram at a glance:

For: Suicide bomb blasts at a Nigerian mosque