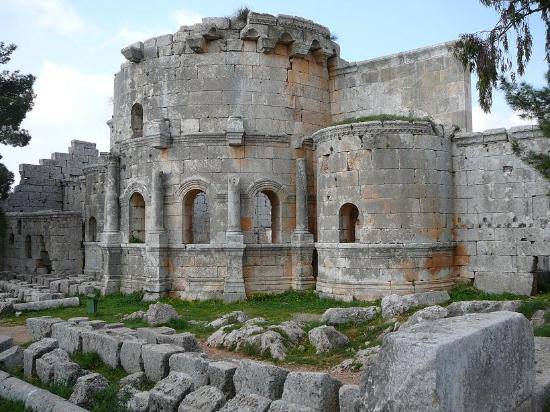 Dozens of fresh airstrikes bombarded Syria’s Aleppo in the past two days, damaging an ancient citadel, despite the extension of a ceasefire.

“Russian and Syrian warplanes targeted Daret Ezzeh with dozens of airstrikes in the past two days, activist Mohammed al-Halabi told The New Arab. “Four of the raids hit Aleppo’s (Saint Simon) citadel, resulting in significant damage to the historic castle, walls and columns.” He added.

Activists rushed to the scene to inspect and document the damage made to the artifacts which had been the target of previous bombings in May and June 2012, al-Halabi said.

Meanwhile, an aid convoy carrying basic supplies including medicine and baby food was prevented from reaching Daraya – an area in the suburbs of the capital that has been under siege for more than three years.

The delivery would have been the first since the siege began more than three years ago but was eventually cancelled after Syrian government forces held it up for some seven hours outside Daraya.

“The Syrian government’s refusal to allow sorely needed humanitarian aid convoy into the town is a cruel reality check of the suffering of thousands of civilians besieged there since 2012,” Amnesty International said.