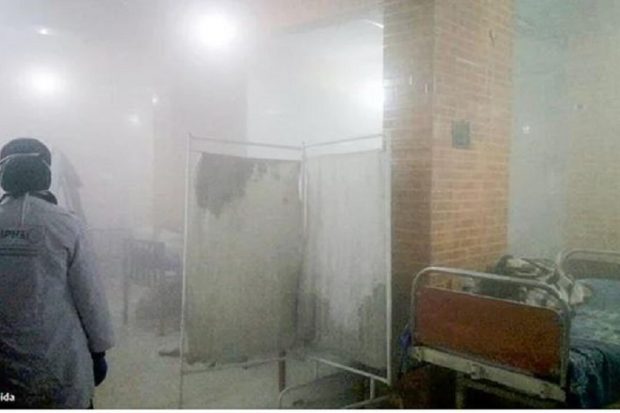 The moment of the attack on Friday was captured by an Al Jazeera crew, including journalist Amro Halabi, who was reporting on survivors of previous Syrian and Russian bombing raids on rebel-held parts of the city.

Halabi broadcast scenes of a man and his two children, who suffered breathing problems from an earlier attack on Friday, as the room turned dark immediately after a loud explosion.

Nurses and other medical staff were seen scrambling through the dark and trying to rush the patients out of the badly damaged hospital as children cried out for help.

In another room, nurses grabbed babies from damaged incubators, with one staff member using a cloth to protect a visibly undernourished baby while trying to console a woman, also carrying a baby.

The nurses later moved the babies to another room, putting them on the floor next to each other. At least one of the infants was seen with medical tubes still attached.

Medical staff told Al Jazeera that all of the babies survived the attack.