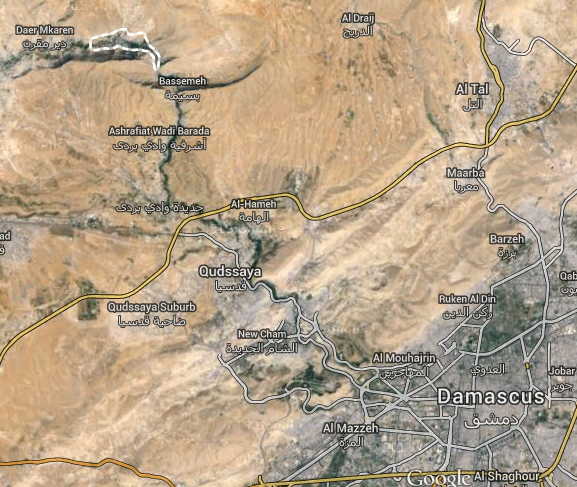 Reuters – Syrian government forces took back control of an area near Damascus that provides most of the capital’s water supplies after reaching a deal for rebel fighters to withdraw, pro-government media and a monitoring group said.

The Syrian army and its allies launched an offensive last month to drive insurgents from the Wadi Barada valley, which they have controlled since 2012, and to recapture a major spring and pumping station.

Syria’s mainstream rebel factions are under intense pressure after losing areas they held in the northern city of Aleppo to government forces at the end of last year, and now face a fierce assault by Islamist militants elsewhere.

Wadi Barada, which lies northwest of Damascus, has become one of the fiercest battlefronts in Syria’s civil war. Disruption to water supplies, including infrastructure damage, has caused acute shortages in the capital this month.

Government forces entered the village of Ain al-Fija, where the spring and pumping station are located, early on Saturday, a military media unit run by Lebanese group Hezbollah, an ally of Damascus, reported.

“The Syrian army has entered Ain al-Fija … and raised the Syrian flag over the spring installation,” a statement by the unit said, adding that the development was due to a deal reached with insurgents by which the rebels would leave the area.

Teams were preparing to enter Ain al-Fija to fix the pumping station and the army had secured control of the village, it added.

For: Syrian government army declares Wadi Barada near Damascus under its control