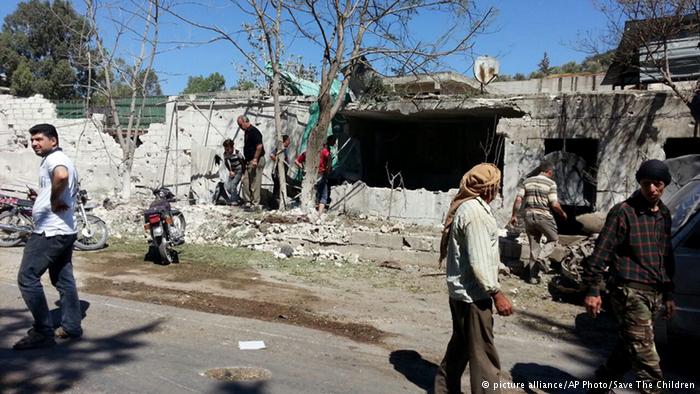 AlJazeera – An agreement for the imminent evacuation of civilians and opposition fighters from east Aleppo in Syria has been reached, according to rebel officials.

After weeks of heavy fighting, government forces were poised on Tuesday to take full control of Aleppo, dealing the biggest blow to Syria’s uprising in more than five years of civil war.

Fears have been growing for thousands of trapped civilians as the opposition fighters make a desperate last stand in their remaining pocket of territory in their former opposition stronghold.

“An agreement has been reached for the evacuation of the residents of Aleppo, civilians and fighters with their light weapons, from the besieged districts of east Aleppo,” Yasser al-Youssef, from the political office of the Nurredin al-Zinki group, told AFP news agency.
Aleppo onslaught: UN says Syrian forces executing civilians

He said the deal was “sponsored by Russia and Turkey” and would be implemented “within hours”.

A Syrian military source confirmed the deal to Reuters news agency and said evacuations would begin at 5am (0300) on Wednesday.

The rebels would leave towards western Aleppo countryside, the source said.

“My latest information is that they indeed have an arrangement achieved on the ground that the fighters are going to leave the city,” Vitaly Churkin, Russia’s UN ambassador, said on his way to the Security Council meeting.

It could happen “within hours maybe”.

For: Syrian rebels reach deal with Russia to be evacuated with civilians to Aleppo’s western countryside