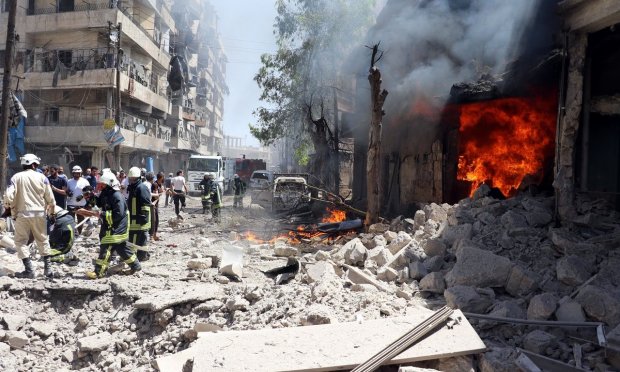 At least seven people were killed by a regime airstrike in Syria’s southwestern province of Daraa on Sunday, according to a local civil defense source.

Regime warplanes struck a hospital in the opposition-held Jasim town in the province, the source told Anadolu Agency.

“Seven civilians were killed in the attack,” the source added on condition of anonymity due to restrictions to speaking to media.

According to the source, a medic and four medical staffers were among those killed in the regime airstrike.

“Ten people were also injured,” the source said, adding that the airstrike has caused heavy damage to the hospital and surrounding buildings.

Syria has been locked in a vicious civil war since early 2011, when the regime of Bashar al-Assad cracked down on pro-democracy protests — which erupted as part of the Arab Spring uprisings — with unexpected ferocity.

Since then, more than a quarter of a million victims have been killed and more than 10 million displaced across the war-battered country, according to the UN.

The Syrian Center for Policy Research, however, puts the death toll from the six-year conflict at more than 470,000 people.