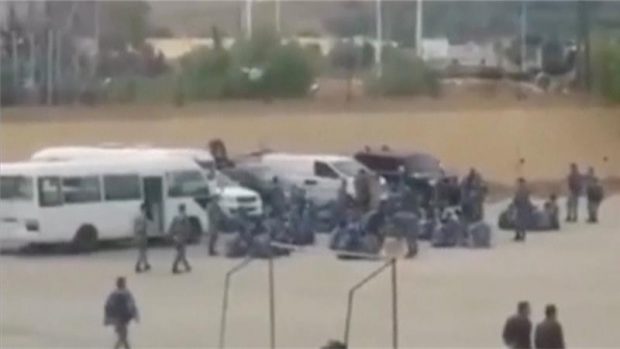 Thousands of photos ‘prove crimes against humanity’ in Syria
The head of the prison, a police officer and nine other government forces were captured by the prisoners, the UK-based Syrian Observatory for Human Rights said, confirming the incident.

After judge Rida Musa told inmates that 11 of them will be transferred to the capital, Damascus, for the death penalty, fellow prisoners revolted.

Musa arrived in the prison to discuss about the shortage of food, water and other basic amenities.

Inmates have previously demanded restoration of electricity and water amid food shortages and serious medical conditions, the Observatory said.

Hundreds of detainees revolted earlier in Mayafter five inmates were to be taken to the notorious Sednaya prison near Damascus so that death sentences passed by an extra-judicial military tribunal could be carried out.

Government forces surrounded the prison and fired tear gas during that revolt in an effort to quell the unrest, according to the Observatory.