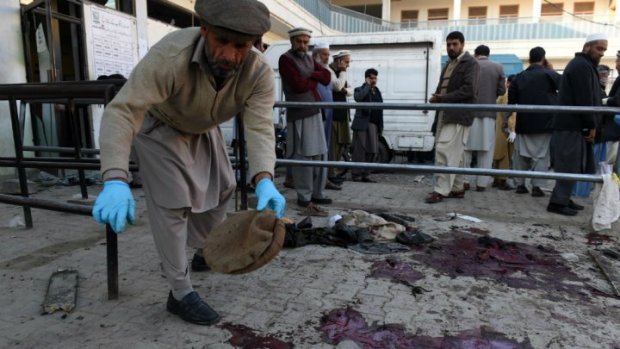 A faction of the Pakistani Taliban has said it carried out a suicide bombing that killed at least 70 people at a hospital in the city of Quetta.

The attacker targeted a crowd that had gathered as the body of a prominent lawyer murdered earlier on Monday, Bilal Kasi, was being brought in.

Lawyers and journalists were among the dead. About 120 people were injured.

The Taliban faction, Jamaat-ul-Ahrar, said it was behind both the hospital attack and the killing of Mr Kasi.

He was head of the Balochistan province bar association. He was shot while on his way to the court complex in Quetta.

Jamaat-ul-Ahrar [The Party of Freedom Fighters] split from the Pakistani Taliban two years ago.

It has claimed a number of major attacks, including a suicide bombing that killed more than 70 people – including many children – at a park during Easter celebrations this year.