The Africa Horn is Set For a Cold War. Here’s Why?

Following endless negotiations over the Grand Ethiopian Renaissance Dam (GERD) on the River Nile, tensions have risen once again after Addis Ababa suddenly announced that it had completed the second-stage filling of the dam on July 19. The move is a further provocation for Egypt with President Abdel Fattah al Sisi having previously warned that this was a red line and further filling of the dam may even warrant military action.

Soon after the second-stage filling’s completion, Ethiopian Prime Minister Abiy Ahmed sought to allay the fears of both upstream states Egypt and Sudan, saying in a statement on July 20 that “the second filling of the GERD has been successfully completed during the rainy season with caution. This filling will not harm the downstream countries.”

However, given that Cairo and Khartoum have both called the dam a “national security threat,” Ahmed’s words will do little to assuage such concerns. After all, around 80 percent of Cairo’s water supply comes from the Nile, and the city has relied on the river socially and economically since ancient times. Sudan, another upstream state, has also stated that the dam could deprive 20 million Sudanese civilians of water.

Sisi reiterated his warnings about the perils the dam posed to Egypt. At a July 15 conference which entailed the launching of the “Haya Karima” (Decent Life) project for the development of Egypt’s countryside, the Egyptian president said in a gloomy briefing: “Every drop of water that is seized because of the dam means a shortage of water used for drinking, irrigation and production in Egypt, which leads to the collapse of the entire Egyptian state.”

GERD has therefore been a source of tension, as Ethiopia also says it needs the dam to generate electricity and improve the lives of its 115 million inhabitants, many of whom have had to live with power shortages. This also comes at a time when Ethiopia has been facing growing financial damage from the coronavirus pandemic and its expenditures in the war with separatists in Ethiopia’s Tigray province since November 2020. Economic woes in all three countries are clearly adding more fuel to the fire in this dispute over rights to access the Nile’s waters.

However, an immediate conflict is unlikely at this time, and certainly not in the near future. It is also important to note that Egypt has previously used the threat of war, such as in the Libyan crisis, where Turkey’s intervention to support the internationally recognized Government of National Accord (GNA) last year prompted Sisi to declare the city of Sirte a “red line” for Egypt.

Moreover, many Egyptian analysts would agree that the war pretext is primarily intended to rally Egyptians behind the regime and evoke nationalist sentiment, particularly given that Sisi has grappled with sporadic protests and growing social discontent as a result of his own economic challenges from the COVID-19 pandemic. Therefore, at this point, Sisi would be unlikely to follow through with his threats. Thus, the ball is entirely in his court, especially given Sudan’s more conciliatory attitude towards Ethiopia, and the fact that it has been considered more of a negotiator between Cairo and Addis Ababa.

WRONG. Khartoum is a Luo name meaning the meeting point of all tribes. The Nilotic tribes used to fight over the Nile Water after they defeated all the other tribes including the Bantu https://t.co/HPRY4BNa5z

For the time being, a “frozen conflict” could prevail, and international efforts will be critical to achieving a mutually beneficial scenario for all three countries.

However, while the United States and the European Union have been unable to agree on a coherent strategy regarding the Nile dispute, other global and regional actors have taken their own initiatives. However, because certain countries, such as the United Arab Emirates (UAE) and Russia, may pursue this for their own interests, it could exacerbate polarization within the dispute.

For the most part, the Arab League has backed Egypt. In June, the Arab League called for the United Nations Security Council (UNSC) to adopt a resolution condemning Ethiopia’s plans and protecting the water security of Egypt and Sudan, which Secretary General Ahmed Aboul Gheit described as crucial for Arab national security. Other Arab League states have also expressed support for Egypt and Sudan’s rights, with Qatar’s Foreign Minister Sheikh Mohammed bin Abdulrahman Al Thani describing this as a “united Arab position”.

Qatar’s role could be considered important, given its past tensions following the Gulf crisis, in which Egypt joined Saudi Arabia, the United Arab Emirates (UAE) and Bahrain in blockading Doha. However, Egyptian and Qatari relations have flourished since the Al Ula summit last January, which saw the restoration of ties between Qatar and the blockading countries, with Doha now adopting the Arab League’s position and favoring Cairo’s rights to the Nile waters.

Egypt-Ethiopia at loggerheads. The fight over the Nile river water is brewing. pic.twitter.com/smrDy0Vc0c

Amid subtle geopolitical tensions between the UAE and Qatar, largely driven by Abu Dhabi’s ongoing antagonism towards Doha despite the resolution of the Gulf blockade, Emirati efforts to court Ethiopia may add further fuel to the fire, as it also has mild tensions with Cairo. After all, its support for Ethiopia’s position has worsened tensions with Egypt, despite a historically strong relationship that grew even stronger when Abu Dhabi played a crucial role in backing the 2013 military coup that installed Sisi as Egypt’s ruler.

While certain regional powers may have their own interests, the US and EU’s inability to resolve the dispute may give Russia a green light to take charge, although this also means that Russia may try to boost its clout with Ethiopia and support Addis Ababa’s position on the Nile. Even though Moscow has maintained strong relations with Cairo since Sisi came to power in 2013, including bilateral military ties, it may see a greater opportunity to boost relations with Ethiopia, given that Egypt remains a closer ally to the West, which limits Moscow’s ability to expand its foreign policy clout in Africa.

Geopolitical competition or a “cold war” over the dam may be a strong term at this point. But different countries want to profit from the dispute and use it to expand their own regional influence. Therefore, while Ethiopia’s second-stage filling is a blow to negotiation efforts, it seems that cold tensions between Cairo and Addis Ababa will, for now, remain a point of contention rather than erupting into an open conflict. Yet if these tensions remain unresolved, further threats of military action could indeed become a future reality, especially if the stakes become more critical for Egypt. 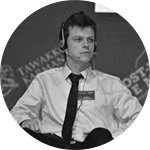 For: The Africa Horn is Set For a Cold War. Here’s Why?