The Case Against Elections in Libya

Why It Is More Likely to Lead to Instability Than Peace

Normally, a call for elections is a sign of a vibrant democracy. In Libya, however, the current rush to hold a vote within a few months from now—a proposal that has been advanced by everyone from United Arab Emirates-backed warlords to the United Nations—will condemn the Libyan people to a future of apartheid and instability. The danger is enshrined in the way Libya holds elections: the current law absurdly gives minority voters more power over the majority, effectively disenfranchising large swaths of the Libyan population and permitting extremist elements and those loyal to the unpopular former regime of Muammar al-Qaddafi to win a disproportionate share of Parliament.

Despite these serious defects, partisan groups from within and outside of Libya have called for elections as a way of escaping the UN-sponsored dialogue—which has failed to provide security, stability, and a legitimate government—and hope to take advantage of the status quo in order to see their own influence increase. Fayez al-Sarraj, the head of the failing internationally-backed Government of National Accord (GNA), has called for elections to take place in March of next year, while Aref Nayed, an oligarch who is running for president and is heavily backed by the UAE, has called for elections to occur within a few months. Non-Libyans are eager for elections as well. The UN’s Mission in Libya has been in secret talks with major Libyan players, including politicians in the coastal city of Misrata, while newly-elected French President Emmanuel Macron hosted a meeting last month between Libyan warlord Khalifa Haftar and Sarraj, issuing a statement that called for “speedy elections.” In a country where factions cannot even agree on how to keep the lights on for their citizens, it seems doubtful that elections will bring peace and stability.

The reason for this rush to hold elections is simple. The current political elites wish to maintain their advantage over other candidates, which is best done while they are incumbents. The political machines of presidential candidates like Mahmoud Jibril, Aref Nayed, and Ali Zeidan have been actively accumulating wealth in Libya’s massively corrupt environment and have been building political partnerships for years. For many of the same reasons that allowed them to gain power in the first place, these incumbents have political momentum that will allow them to succeed. Additionally, they are united in their concern about how a Haftar candidacy might affect the polls. Haftar is currently distracted by military operations and is less able to challenge the elites’ attempts to maintain power.

But for elections to usher in an era of peace and stability, they themselves must be predicated on a degree of legitimacy. Libya’s current electoral processes, developed by precisely those factions that stand ready to gain power, are anything but legitimate.

Libya’s current guidelines on elections were approved in March 2014 in the run-up to the elections for the House of Representatives. They were supposed to be an improvement of the 2012 election law. But a number of sections served the interests of fringe groups, including Islamists, by guaranteeing them representation despite having earned only a handful of votes.

One major concern is that votes are weighted differently depending on region. According to the office of the UN High Commission on Human Rights, the idea that one person’s vote should carry the same effective power as that of any other individual is paramount to securing democracy. Additionally, the method of allocating votes “should not distort the distribution of voters.” Despite calls from the UN to push forward with elections, Libya’s current system fails on both regards. The current election law distorts the distribution of voters by drawing electoral boundaries based on regional and tribal considerations rather than by population count. This results in an allocation of parliamentary seats that is disproportionate to the demographics in certain regions.

Libya’s electoral system is a victim of regional feuding. The country is traditionally divided into three regions: Cyrenaica in the east, Tripolitania in the west, and Fezzan to the south. Although the Qaddafi era was brutal for all parts of the country, Cyrenaica and Fezzan felt especially targeted. Factor in tribalization, which remains much stronger in eastern and southern Libya, and—by virtue of the election law—these areas have received a form of affirmative action in post-Qaddafi Libya, with substantially more representation in Parliament than anyone could have imagined. Tripolitania, despite being the most populous region, with two-thirds of the population, agreed to a setup that left their own constituents with only 52 percent of total seats in hopes of avoiding the Balkanization of Libya. In a particularly egregious example, the Tripolitania city of Misrata (population 450,000) received only eight seats, while the Fezzan town of Sabha (population 96,000) received nine. To quote the Carter Center’s 2012 report on Libya’s electoral laws, which remain the basis for the current election law, “While [the current system] may have met political interests, [it] failed to fulfill Libya’s obligations under international public law to ensure equal suffrage by according each voter and vote equal weight.”

Ultimately, the results would mean that voters in the eastern portion of Libya receive three times the representation of western citizens. In southern Fezzan, that number rises to six times. For all the faults of the American electoral college system, there would be serious concerns if, despite having similar population sizes, Tennessee were permitted to send 27 representatives to Congress and Massachusetts only nine. Yet this is the electoral system that the United Nations, the French president, and other major players want the people of Libya to use in their upcoming elections, with no talk of fixing its plaguing problems.

A second concern with Libya’s electoral laws is the way that each district’s representatives are elected. In the United States, voters only have one representative for their district and can only cast their ballot for one candidate. In Libya, districts have multiple representatives and will put up several candidates during an election, but each citizen can only vote for one candidate. Thus, although a pro-democracy candidate might be wildly popular and, say, earn 80 percent of the vote, he can only fill one seat within a constituency that has three vacancies. Less popular candidates who might have gained only single-digit shares of the vote will fill the remaining seats. This is how fringe candidates end up in Parliament, effectively drowning out the democratic will of the people. Through this loophole, hardline candidates have easily been able to find their way to power. Aquila Saleh, for example, is the leader of the House of Representatives, an alternative governing authority that has been challenging the GNA’s power from its stronghold in eastern Libya. He is a hardline supporter of Qaddafi’s past rule. He was elected in June of 2014 with only 913 votes.

Differing voter regulations among the constituencies further weaken the voter equality. The Carter Center report found that in 50 of 73 constituencies, voters were allowed to cast two ballots instead of just one, in violation of international norms requiring equal suffrage. Given the prevalence of tribal and region-centric policy, this further skewed the imbalance, awarding certain areas more influence.

None of these flaws has been addressed in the recently proposed constitution. That is because there is no motivation for the Constitution Drafting Assembly, which was selected by the same flawed system, to change anything. Its members are indebted to these systemic flaws for having propelled them into office. But before Libya can hold new elections, this flaw must be remedied. Holding elections under the current voting system and without a ratified constitution will offer politicians a veneer of legitimacy with no constitutional controls, safeguards, or checks and balances. In the Middle East, this is a recipe for a quick return to autocratic rule.

In addition to enabling these problems in Libyan election law to be addressed, more time is needed to allow additional pro-democracy candidates to establish themselves, since they generally have very limited resources. Most of the Libyan politicians calling for elections, for example, have links to outside powers such as Egypt, Russia, or the UAE.

Although it sounds paradoxical, holding elections in Libya at this time will enable anti-democratic institutions to take root. The decision to call off elections may seem drastic, but given the fact that the current body of regulations disenfranchises millions of Libyans while creating a path to power for fringe groups, a trip back to the drawing board will be better for all Libyans and for the Mediterranean region as a whole. 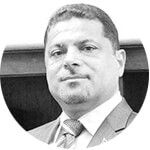 For: The Case Against Elections in Libya