The Last Chance For A Viable Two-State Solution 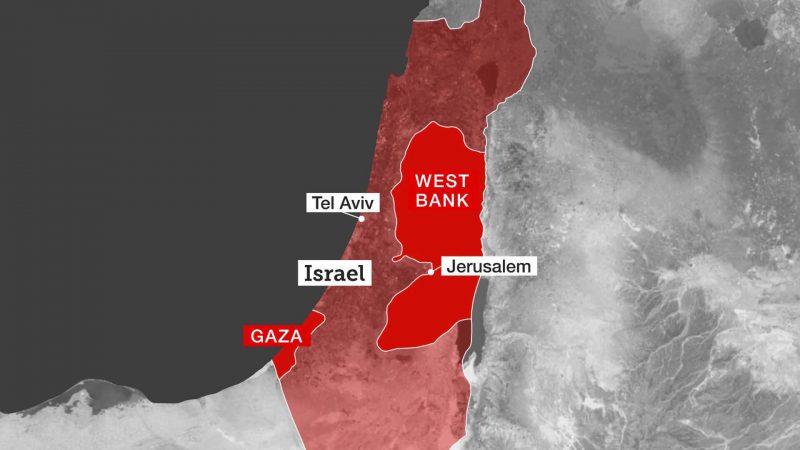 Notwithstanding what has been commonly discussed, if the Netanyahu government moves on its plan to annex nearly 30 percent of the West Bank, which will include the Jordan Valley and Israeli settlements, it would precipitate major adversarial repercussions for Israel.

To begin with, violence between Israelis and Palestinians will substantially increase and potentially lead to an endless war of attrition; it may well cause abrogation of the Israeli-Jordanian peace treaty and Egypt could follow suit; it will reverse the collaborative relationship between Israel and the Gulf States, specifically Saudi Arabia; it will aggravate the conflict with Hamas and Hezbollah, which could lead to an escalation in violence; it will embolden Iran to take further punitive actions to undermine Israel from the Syrian front and through cyberwarfare. It may precipitate the dismantlement of the Palestinian Authority, which will force Israel to take care of more than 2.5 million Palestinians, specifically in terms of economic development, jobs, and healthcare. And it will force Israel to substantially bolster its security apparatus to protect the settlements from terrorism, which will cost billions of dollars over the next 10 years.

Moreover, the annexation will polarize Israeli society between those who support versus those who oppose annexation. It will certainly further isolate Israel internationally; the EU as a whole or individual member states will undoubtedly impose some sanctions on Israel and support the BDS movement. It will potentially rupture the relationship between Israeli and American Jews, who largely support a two-state solution, and strain the relationship specifically with the Democratic Party in the United States, especially if Biden becomes president in November. Finally, Israel will become a pariah state loathed by its friends and hated and threatened by its enemies.

None of this, however, may deter Netanyahu because of both ideological as well as religious motives – that is, the Likud party supports the annexation for nationalist ideological reasons, and religious parties for Biblical reasons. Both sides believe that the West Bank (Judea and Samaria) is part and parcel of the Jews’ biblical and historic ‘land of Israel’, and that the Jews have the exclusive right to establish a state on their ancestors’ homeland.

The question is, what might deter Netanyahu at this juncture from moving ahead with annexation? The only way the Palestinians can freeze Netanyahu today is if they immediately announce that they are willing to negotiate a peace accord, and send that message unambiguously to the US. It is equally important that the Arab states, led by Saudi Arabia and joined by Jordan and Egypt (who are already at peace with Israel), offer to recognize Israel conditionally upon entering immediately into good-faith negotiations with the goal of reaching a two-state solution, which can satisfy much of what all the stakeholders are seeking.

The framework for such a peace agreement will entail the following principles, the details of which will be negotiated between the two parties:

a) Significant land swaps to allow Israel to annex the three major blocks of settlements, along with the settlement of Ariel, and perhaps a few other settlements for specific, justifiable reasons—geostrategic, religious and close proximity to an existing large settlement;

c) As stipulated by Trump’s Peace to Prosperity plan, “Jerusalem will remain the sovereign capital of the State of Israel, and it should remain an undivided city.” I further agree with Trump’s December 2017 statement that “We are not taking a position of any final status issues, including the specific boundaries of the Israeli sovereignty in Jerusalem, or the resolution of contested borders. Those questions are up to the parties involved.” Along those lines, East Jerusalem will become the capital of the future State of Palestine. The Muslim holy shrines at the Temple Mount will remain under the custodianship of the Hashemite Kingdom, but must be freely open to people of all faiths to visit;

d) Hamas should be included in these negotiations. However, if Hamas refuses to participate jointly with the PA, Israel can hold bilateral talks with Hamas, but negotiations with the PA should proceed as intended;

e) The Palestinian refugees will be resettled in the Palestinian state, or compensated if they choose to remain in their current place of residence, as the right of return is no longer operable under any circumstances;

f) The current security cooperation will remain in place to ensure that both Israel and Palestine continue their collaborative efforts on all fronts to prevent radicals from either side to undermine the peace accord;

g) A joint commission should be established focusing on economic development, largely financed by the US, the Arab Gulf states, and the EU.

While this plan does not meet all the requirements of the players involved, it certainly meets much of what they envision.

The Trump administration will be able to claim the ‘victory’ that the Peace to Prosperity plan has been implemented, almost in its entirety, as long as the Palestinians will be ready to reach such an agreement within 4 years.

Israel will be able to claim success as this framework meets Israel’s national security concerns, and allows it to secure the Jordan Valley, and annex the three major settlement blocs plus Ariel, where nearly 85 percent of the settlers reside. In exchange, Israel will have to provide land swaps in equal size, and contiguous to the West Bank. It will further cement Jerusalem as Israel’s capital, which will be recognized by the vast majority of Arab and Muslim states.

The Palestinians will be able to realize what they have been seeking—an independent state of their own. They must, however, accept the reality of coexistence with Israel. The plan will also solve the Palestinian refugee problem and offer the Palestinians the opportunity to develop their own country with the support of Israel, the Arab states, the US, and the EU.

The Arab states will achieve their primary goal—a comprehensive peace with Israel, with full cooperation and benefits that peace can engender, including access to technology, economic development, and regional stability. This will also mitigate Jordanian concerns that further annexation of Palestinian land could lead to making Jordan the Palestinian state. Moreover, such a plan will also stifle Iran’s regional ambition and substantially reduce the Gulf States’ security concerns.

This plan will also have very significant positive implications for the region. Iran and Hezbollah, who have been threatening Israel, will no longer have their justification for doing so once there is a solution to the Israeli-Palestinian conflict.

As I have said time and time again in the past, Israeli-Palestinian coexistence is not one of many options, it is the only option. They must now choose the quality of their neighborly relations and decide whether they want to live in peace and prosperity, or continue to indefinitely shed each other’s blood.

The confluence of regional and international events offers the last chance for a viable two-state solution. Time favors neither side. The Palestinians must not miss yet another opportunity, and Israel will be foolish to assume that annexation is the answer to its long-term security and peace, or a fulfillment of a biblical promise, which is nothing but a perilous illusion. 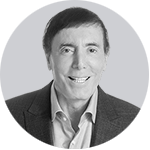 Dr. Alon Ben-Meir
Professor of international relations at the Center for Global Affairs at NYU. He teaches courses on international negotiation and Middle Eastern studies.

For: The Last Chance For A Viable Two-State Solution