The Libya Stabilisation Conference convened in Tripoli on 21 October without any clear agenda or specific objectives. As a result, there were very few realistic expectations. The one-day event brought together representatives of over 30 countries as well as the African Union, the European Union, the Arab League and the United Nations. In his opening statement, Prime Minister Abdul Hamid Dbeibeh said that the participants were a sign that “Tripoli has recovered as a capital for all Libyans” after years of division and fighting.

Libya’s Foreign Minister, Najla Al-Mangoush, revealed that a similar conference is planned to take place in Benghazi, with a third to be held in Sebha, the regional capital of southern Libya. She did not elaborate on what such meetings will achieve, if anything, or what will be discussed. At the same time, France is preparing to host yet another conference next month, about which little has been said.

Over the past ten years all such meetings discussing the Libyan conflict have taken place in other countries and in many Libya was not even represented. To have such a meeting in Tripoli with the full participation of Libya’s Government of National Unity is certainly a positive sign that the country is recovering. The last time that Tripoli hosted such large international gathering was when the late leader Muammar Gaddafi presided over the third European African summit in November 2010.

Al-Mangoush first floated the idea of the conference during the Berlin II Conference on Libya that took place in Germany in June. For one Libyan ambassador, speaking on condition of anonymity, the only thing that the foreign minister wanted was to have a large “international talk show in Tripoli” to say that the capital is safe and can host such an event. Other than this, said the ambassador, “The whole thing was a waste of time and money.”

The foreign minister got her wish. The only objective of the conference seems to have been to promote Libya as a safe and stable country free from violence and the shackles of the militias that have dominated the land for the past decade. There was a rather large elephant in the room, though: the militias and armed groups are still there, particularly in the capital, even if they did keep quiet during the conference.

Nevertheless, political scientist Mohamed Shakura from Tripoli University still believes that the fact that the conference took place in the capital was a “positive development that conveys a message of security and stability” in the country. However, other than creating this false impression of security nothing was expected from the meeting but “talk and more talk,” he added.

The press statement released by the conference secretariat lacked specific pledges from participating countries to help Libya stabilise in any specific way. In fact, according to Shakura, it was more of a “government statement than a statement of support by international powers” to help a country they “helped to destroy a decade earlier.”

Salem Hussein is a Benghazi-based political commentator who was reminded of the “Friends of Libya meetings” in 2011 and early 2012. This was a series of international gatherings that took place when the civil war in Libya was in full swing. “At that time,” he explained, “such meetings had one objective — to get rid of Gaddafi — but this time no objective is being pursued and nothing will change for ordinary Libyans.”

The “international community” made clear commitments to Libya in the two Berlin conferences, held in January 2020 and June this year. They helped draft and pass UN Security Council Resolution 2510, which is binding upon all member states. During Berlin I, participating countries committed to help Libya, thus creating political momentum that ended in the formation of the unity government, a ceasefire agreement and a clear call for all foreign troops and mercenaries to leave the country. Although much of this did not happen — foreign troops and mercenaries are still on Libyan soil — at least it was legalised in a UN resolution.

The conference in Tripoli, however, ended up with more verbal support than anything of real substance. Furthermore, not all participating countries showed much enthusiasm to commit themselves to anything specific. This was reflected by the low level participation of key countries in the Libya issue, such as Turkey, Russia and the US, who all sent representatives below ministerial level.

If the conference was meant to drum up support for Libya’s planned 24 December presidential and parliamentary elections it failed in any practical sense. Almost all of the countries involved in the Libyan conflict have, repeatedly, expressed their support for the upcoming polls and repeating it again in Tripoli is useless. Local key political actors and factions have also pledged to participate in the elections.

According to political scientist Shakura, the conference failed to find a way to make sure that everyone accepts the outcome of the December polls. The meeting also failed to formulate any punitive measures against any local party that threatens the elections in any way or rejects their outcome.

The biggest failure of all, though, is that those who met in Tripoli did not, in any practical sense, put forward any mechanisms to uphold and implement relevant UN resolutions, particularly 2510, to get all foreign troops and fighters to leave Libya. Since the resolution was adopted in February 2020, no foreign forces and troops have left Libya. Russia’s Wagner Group mercenaries are still in eastern Libya while Turkish troops and their supporting Syrian mercenaries are still in the western part of the country. The issue of foreign troops was not even mentioned in the conference communiqué.

This can only mean that neither Moscow nor Ankara, the two capitals controlling the presence of foreign troops in Libya, are interested in the conference and its conclusions. Hence the absence of both foreign ministers.

With the Stabilisation Conference being all talk and little substance, Libya’s stability now depends too much on the December elections. Unfortunately, this does not guarantee stability and security. 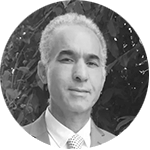 For: The Libya Stabilisation Conference was all talk and little substance