The Libyan Government of Zoom

BY Abdallah Alkabir Nov 27, 2020 Updated: Nov 27, 2020
Through its mission to Libya, the United Nations is preparing to resume political dialogue through the application of zoom to achieve the last step, the formation of the new authority formed with a presidential Council and the Prime Minister, thus launching the age of electronic authorities.

Let me state that this will be a historic event that will reframe the theories of power in political science. If seventy-five people are agreed, then we will call them the people of zoom or the Zooms.

The hereditary monarchy, in which power is transferred from the King to his Crown Prince and usually characterizes the moment in brief terms, the King has lived, the King has died.

The elected authority is formed through free elections periodically.

The coup authority, in which a young force usurps authority through a military coup.

Today, we are at a historic moment when, for the first time in history, a new type of power-access mechanism is added, the authority of zoom, which the people of zoom will set up to have their discussion via a zoom app.

If things go smoothly and according to the UN plan, and power is formed, there will be no hugging or cheering, no hands will rise at the sound of the national anthem, and under the lights of the cameras, as as they did the Bernardino León era, as the technology of Zooming will oust these ceremonial and beloved rituals.

Mrs Stephanie is expected to give us a televised announcement in broken Arabic she will use to appear more relatable to her chosen audience: Today the Presidential Council has been formed and you have selected the Head of the Government. I offer my congratulations to the Libyan people for this historic moment in which they chose their leaders and a government that will bring them out of the age of dinosaurs.

The same event will impose on the traditional wording of political news in the media, which tend to be short-cut and non-elaborate, and journalists will not be too plundered in the details to be said by President Zoomie, a member of the Zoomie Council or the head of the Zoom government.

It is expected that the Prime Minister will be from a different region from the Council President’s region and disagreement will take place over their powers, a direct meeting between them may be difficult but there is no need for their physical contact, they will be able to reach each other through the application of Zoom. Zoom is the truest new form of communication between the president and government.

According to several statements by Mrs Stephanie, the new authority’s tasks include preparing the country for new elections in which national legitimacy is reclaimed by the people’s choice of its representatives, however without guarantees that this will be carried out on the date declared on 24 December next year, plan B should be considered in case elections end up being held temporarily in the field of wishful thinking rather than action. This will happen by preparing new criteria for choosing the seventy-five people of zoom to prepare the country for a new era of zoom during which a new presidential Council is formed and the Prime Minister is chosen.

Wishful thinking maybe in abundance, but ultimately authority will be dictated by Zoom. 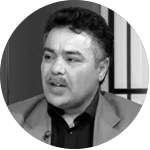 Italian Prime Minister arrives in Libya for an official visit

For: The Libyan Government of Zoom