The Old Arab Order is Collapsing at the Gates of Tripoli 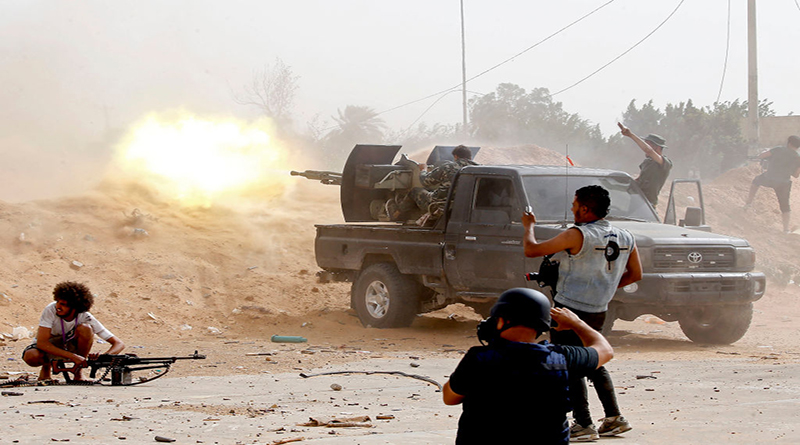 The battle of Tripoli is not merely a Libyan affair, for it is a decisive milestone in modern Arab history. It is the battel of the birth of the New Arab Order.

Indeed, we are not defeating the mercenaries of Hater only, but we are also defeating the Emirati, the Saudi and the Egyptian regimes and their French conspirators.

The forces of evil from both East and West have come together to defeat the 17th of February Revolution, for they know full well that the triumph of democracy in Libya will automatically lead to its triumph in Egypt our next door neighbour, a matter which can only result in the rapid collapse of the entire Old Arab Order.

The axis of evil dictatorships had thought that occupying Tripoli and defeating the revolutionaries there would be a foregone conclusion. They were counting on their military might not knowing anything about the valour and heroism of the descendants of Al-Mukhtar, Al-Sweihli and Al-Baruni.

So, their evil designs came to nothing as they are currently being comprehensively defeated.

We Libyans are wholly determined that we will not rest till democracy prevails in every Arab country. Indeed, the sacrifices of our martyrs, the pain of our injured and the tears of our bereaved demand nothing less.

Evidently, Turkish blood is currently being shed on Libyan soil in the cause of democracy proving yet again that the destiny of the Arabs and Turks is forever one. There is no power on Earth that can change that.

Ahmed Shebani
President of the Democratic Party of Libya

For: The Old Arab Order is Collapsing at the Gates of Tripoli