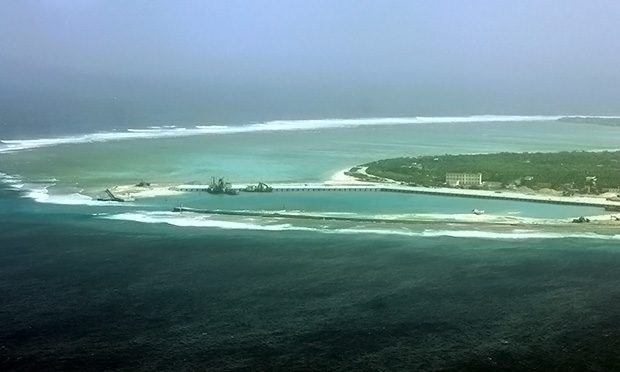 An international tribunal has ruled against Chinese claims to rights in the South China Sea, backing a case brought by the Philippines.

The Permanent Court of Arbitration said there was no evidence that China had historically exercised exclusive control over the waters or resources. China called the ruling “ill-founded” and says it will not be bound by it.

China claims almost all of the South China Sea, including reefs and islands also claimed by others.

The tribunal in The Hague said China had violated the Philippines’ sovereign rights. It also said China had caused “severe harm to the coral reef environment” by building artificial islands. The ruling came from an arbitration tribunal under the United Nations Convention on the Law of the Sea (UNCLOS), which both countries have signed.

It ruled on seven of 15 points brought by the Philippines. Among the key findings were:

“Fishermen from the Philippines and China both had fishing rights around the disputed Scarborough Shoal area, and China had interfered by restricting access”

“Transient use of features above water did not constitute inhabitation – one of the key conditions for claiming land rights of 200 nautical miles, rather than the 12 miles granted for rocks visible at high tide.”

The ruling is binding but the Permanent Court of Arbitration has no powers of enforcement.