Those claiming control of the Libyan Investment Authority are squandering your fortune, Libyans!

The illegitimate Chairman of the Libyan Investment Authority (LIA), Ali Mahmoud Hassan, lied when he said that the LIA wants to create a strategic alliance with the Bahrain-based Arab Banking Corporation, also known as Bank ABC.

Much of the LIA’s assets are currently frozen due to the UN sanctions that have been in place since 2011. But in a broader sense, the fund is also constrained by a number of other factors: the ongoing political conflict, a troubled investment sector and, crucially, the self-interest of those who now claim to control it.

Following his appointment of a steering committee (which has since been annulled by the Tripoli courts), Al-Serraj named Hassan as the Chairman of the LIA. In doing so, Al-Serraj acted well beyond his authority, and yet he has kept Hassan in this illegitimate position regardless.

Al-Serraj also appointed an illegal board of trustees just two months ago, once again demonstrating that he is far from committed to uniting the LIA. His actions indicate his foolish and self-serving desire to unfreeze the LIA’s assets under his authority for personal gain, without a thought for the Libyan people’s best interests.

Under his stewardship, the LIA has come under the influence of thieves and the mafia. Those currently illegally controlling the fund have purchased arms for forces loyal to Al-Serraj, and have exchanged cash for influence in the upcoming elections in an attempt to consolidate their power.

To make matters worse, the LIA’s so-called “representatives” recently visited Bahrain to give their supposed credentials to the ABC. Their intention is to profit from Libya’s financial assets, worth billions of dollars, while misleading the public and the media with their phoney speeches.

Libyans: You are being robbed in broad daylight. You have to act.

Judges: You have to interfere and stop this looting.

Libyan officials at the ABC, particularly those in leading positions such as the General Manager: You have to act with the integrity and loyalty to your country that your position demands. Preserve the money of Libyan citizens, and don’t betray your countrymen.

To Al-Serraj and his Presidential Council, and to Aqilah Saleh and his House of Representatives: Justice will come. And it will be done for the sake of the Libyan people – those who are losing the most, and who deserve this mistreatment the least. 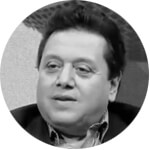 For: Those claiming control of the Libyan Investment Authority are squandering your fortune, Libyans!