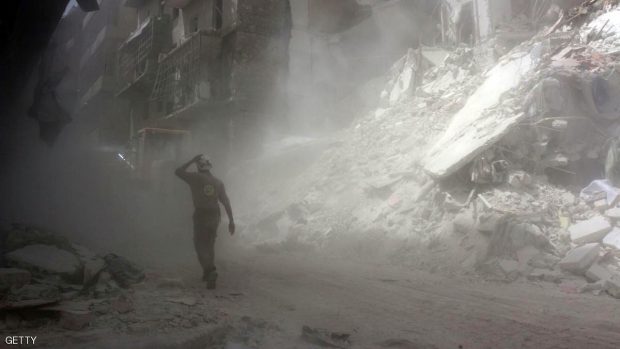 Three hospitals were bombed in the space of three hours in Syria’s war-ravaged city of Aleppo, the United Nations children’s program said.

The medical facilities bombed Wednesday were on the rebel-held eastern side of the city, UNICEF regional director Peter Salama said in a statement.

“Everyone must question their humanity when babies have to be taken out of incubators because of attacks on hospitals,” Salama said. “This devastating pattern of warfare in Syria seems to have no checks and balances.”

One of the hospitals was one of the few that still provided pediatric services in the city and Wednesday was the second time it had been bombed, according to UNICEF.

The organization did not give a death toll but Physicians for Human Rights, a non-profit, non-governmental organization based in New York, said dozens were wounded.

“After the attack, it was a horrible moment,” a doctor from one of the hospitals told the non-governmental organization, using a pseudonym. “The nurses were running away to the basement carrying the babies, and many of them started to cry.”

For: Three hospitals bombed in three hours by Syrian regime warplanes in Aleppo