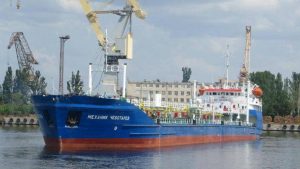 The ministry said that Andrei Krynin, Stanislav Sirotkin and Valery Savitsky returned to Russia after the end of legal procedures in Tripoli.

The men arrived on a specially-chartered plane in Grozny, the capital of Russia’s Chechen Republic.

The sailors, who were accused of smuggling oil, were on board the Russian oil tanker Mekhanik Chebotarov when it was seized in September 2015 off the Libyan coast.

Three other Russian sailors are still being held in Libya, according to the Foreign Ministry.

While Libyan authorities said Tuesday that all of the 11 crew members of the Russian oil tanker have been released with these three sailors being freed.

Ramzan Kadyrov, the authoritarian leader of predominantly Muslim Chechnya, took a leading role in the negotiations to free the sailors and Chechen officials traveled to Libya to arrange the release, media sources reported.