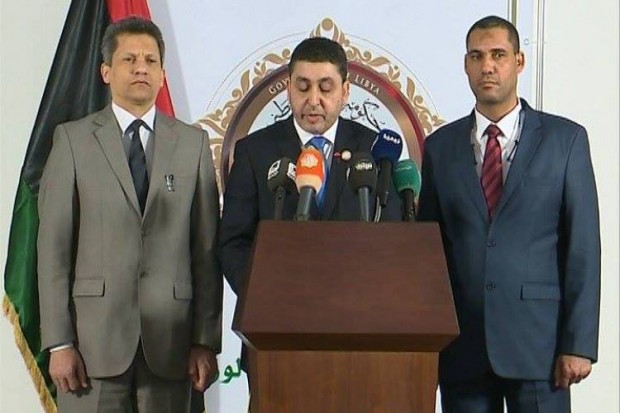 Tripoli-based National Salvation Government has announced earlier today that it has quit and now has no executive power or authority in the capital.

In a statement Tuesday evening, the NSG said that it decided to do so as it wanted to put the interest of the country first before any other interests for power or ruling, saying that it had done so since March 31st when it asked the General National Congress to handle the decisions and the work of the government to find out solutions to the crisis.

“The SG aims at saving the blood of the Libyans from being shed in any fights in the capital, and that is why it has decided to stay aside and resign.” The statement indicated. 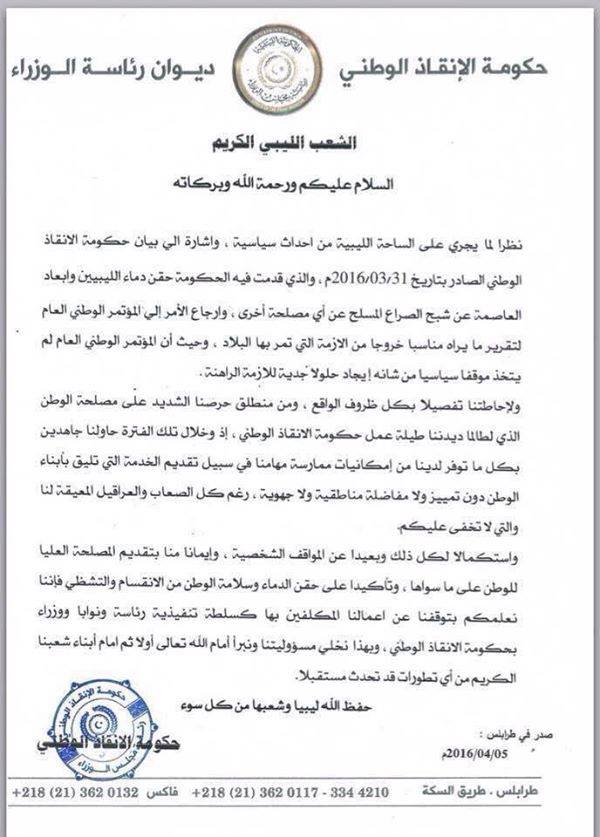