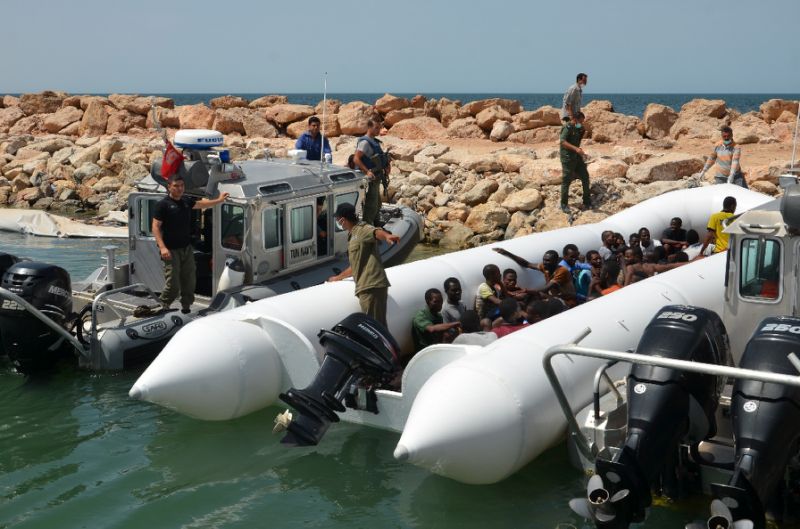 Tunisian security forces on Saturday rescued 126 sub-Saharan migrants including seven pregnant women who had been trying to reach Europe from Libya, a Red Crescent official said.

Fishermen had alerted the authorities to the presence of a vessel in distress off Ben Guerdane in southern Tunisia near the border with Libya, Dr Mongi Slim told AFP.

Among the migrants were 48 women, seven of them pregnant, and three children, according to the AFP, adding that At least 10 bodies were also found by the Italian coastguard.

Those rescued were mainly from Nigeria, Mali and Gambia, and had set off from Libya, he added.

They were taken to the Tunisian port of Zarzis to be given first aid before later being transferred to nearby Medenine, he said.

Human traffickers have exploited the chaos that has ravaged Libya since the 2011 revolution that toppled and killed Moammar Gaddafi to expand their lucrative trade, AFP reported.

Each year they send desperate migrants seeking a better life in Europe on the dangerous voyage to Italy, often aboard boats in too poor a condition to complete the trip.

On Friday, more than 3400 migrants were rescued off Libya, bringing to about 10000 the total number rescued over four days, Libyan and Italian officials said, according to News24.

For: Tunisian coastguards assist in rescuing migrants off Libya’s coast