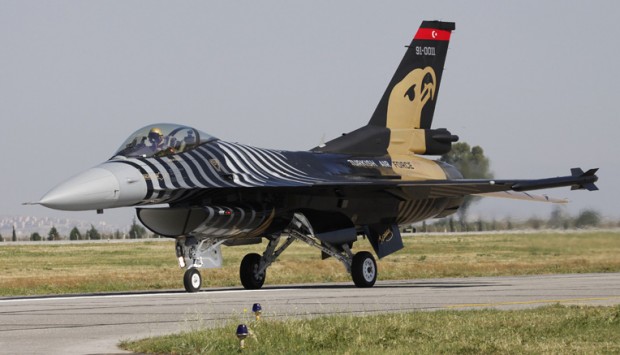 Turkish forces aren’t preparing to invade northern Syria — and Russia’s allegation that they are is an attempt to hide Moscow’s crimes in the war-ravaged nation, a source within the Turkish Prime Minister’s office told CNN on Thursday.

“Simply they are diverting attention from their attacks on civilians as a country already invading Syria,” the source told CNN. “Turkey has all the rights to take any measures to protect its own security.”

The comments come after Maj. Gen. Igor Konashenkov was quoted by Russian state news agency Ria Novosti as saying Moscow believes some activity on the Turkish side of the border with Syria indicates preparations for an incursion.

“The signs of hidden preparation of Turkish armed forces for activities in the territory of Syria we notice more and more,” the general said.

When asked about the Russian claim at a media briefing, John Kirby, a spokesman for the U.S. State Department, said: “I’m not certainly not going to get up here and speak to what the Turks are doing on that border on any given day.”

“We continue to work with Turkey, who is an important partner in this coalition to try to go after (ISIS) inside Syria.”

Russia openly joined the civil war in September, backing the forces of Syrian President Bashar al-Assad with airstrikes. Russia lost one plane and one of its pilots in November when a Turkish F-16 shot the jet down. The two nations have argued over whether the warplane was over Turkey or Syria.

After the shootdown, Russia imposed a series of economic sanctions on Turkey, banning the import of some goods, imposing restrictions on travel, barring some Turkish companies from doing business in Russia and suspending a $12 billion gas pipeline project between the nations.

Tensions were further strained last week when Turkey summoned the Russian ambassador in Ankara to protest and condemn what it called a violation of airspace by a Russian warplane.

“Our European friends want us to end the refugee flow. How can this flow be stopped as long as the strikes continue?” Recep Tayyip Erdogan said, according to the semi-official Anadolou news agency.

Two weeks ago, two U.S. officials told CNN it appeared that Russia could be making moves to establish an airbase in northeastern Syria near the Turkish border.

The officials said the United States had seen a “limited” number of Russian military personnel, more akin to an exploratory party, looking at an airfield in Qamishli, in northeast Syria, possibly to determine how they might use the site.

Russia has already established a base of operations at an air base in Latakia along Syria’s Mediterranean coast.

The discussions broke up Wednesday amid opposition anger over the brutal Russian air campaign over Aleppo.

The United States, France and Turkey have criticized the airstrikes, but Russian Foreign Minister Sergey Lavrov vowed Wednesday to continue the strikes “until we truly win over terrorist groups.”

U.S. Secretary of State John Kerry said that he had spoken with Lavrov on Thursday, adding both parties “agreed that we need to discuss how to implement the ceasefire.”