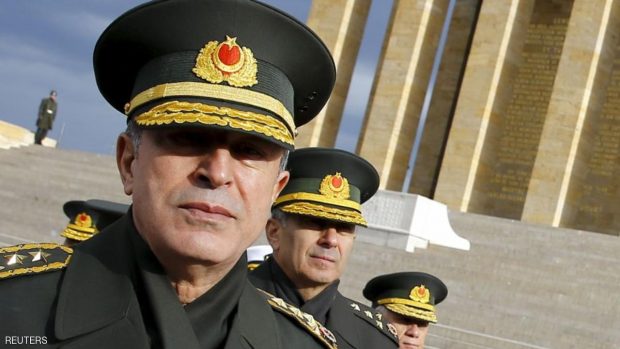 Turkish loyalists have reported arresting 1,563 soldiers and officers implicated in the overnight coup attempt, and 29 colonels and five generals have been sacked. At least 90 people have been killed and 1,154 injured in bombings and skirmishes in Istanbul and Ankara.

Pro-government forces have seized control of the top military HQ building, but there are still some groups of rebels resisting, a Turkish official said on Saturday, as cited by Reuters.

The official told the agency 1,563 military personnel were arrested following the coup attempt. But according to Milliyet, a Turkish daily, 1,374 were captured.

General Hulusi Akar, who heads Turkey’s armed forces, has been rescued from rebel captivity. He was the most senior military official in their hands.

The rebels reportedly have several helicopter gunships in their disposal, but loyalists have threatened to shoot them down as they downed at least one aircraft carrying out attacks on government buildings.

President Recep Tayyip Erdogan called on his civilian supporters to take to the streets of Istanbul, which they did. Rebel soldiers, who called on the population to stay indoors, apparently didn’t have the resolve to launch a full-scale war against civilians in Turkey’s biggest city.

The coup attempt began on Friday night when warplanes and helicopters buzzed over Ankara and rebel troops moved in to seal off the bridges over the Bosphorus Strait.

Tanks attacked several government buildings, including the Turkish parliament, as lawmakers hid in shelters inside the building.

Several airports were shut down and access to social media was blocked in the first hours of turmoil.

The TRT state television and the Turkish branch of CNN were seized and ceased broadcasting.

The tide turned early on Saturday as rebels lost momentum and failed to win support.

Government officials accused Fethullah Gulen, an influential cleric in self-imposed exile in the United States, of instigating the plot. Gulen used to be an ally of Erdogan, but turned into his fierce opponent.

In 2013, Turkey was shaken by a corruption scandal involving senior government figures. Erdogan claimed it had been set up by Gulen and launched a crackdown on his supporters in the police and judiciary.

Even though Erdogan appears to have kept his hold on power, the coup attempt is a clear signal that some of his policies are badly failing, Sreeram Chaullia from the Jindal School of International Affairs told RT.

Under his watch, Turkey has picked a fight with Kurdish insurgents, contributed to the chaos in Syria and Iraq, antagonized Iran and Russia, and to some extent made Turkey a liability to NATO, he explained.

“I have a feeling that this coup is linked to the security crisis. A series of terrorist attacks signal the inability of the Turkish government to stop these attacks. It has angered some sections of the security establishment that believe that they can do a better job because Erdogan is just playing politics with everything,” he said.