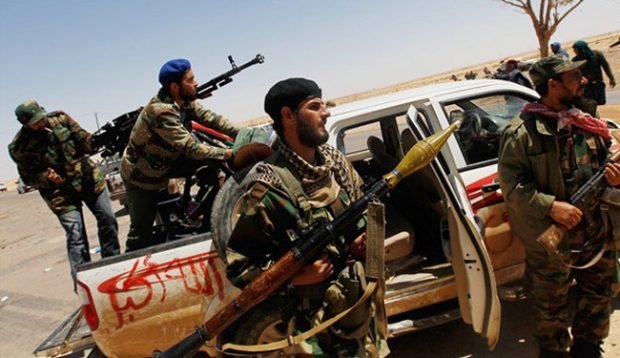 Benghazi Defense Brigades in Libya said on Tuesday that upon shooting down a helicopter in Al-Magroun in western Benghazi, they found out that among the crew killed, there were two possibly French special forces troops.

Some sources from the Brigades , one an air force officer who knew of the helicopters’ passengers and the other an official working for Western missions in Libya, said that there were no survivors in the attack, which took place on Sunday.

The French defense ministry declined to comment, saying it does not release information regarding its special forces.

On Sunday the Benghazi Defense Brigades said it had used an SA-7 shoulder-fired missile and heavy machine guns to down the aircraft, which belonged to Dignity Operation forces under the command of Khalifa Haftar.

The incident highlights the secretive western military cooperation with the Dignity Operation forces led by Haftar, who strongly opposes the United Nations-brokered and Tripoli-based Government of National Accord (GNA).

Officially, the international community only recognizes the GNA and has been imposing an arms embargo until the government unifies the army.