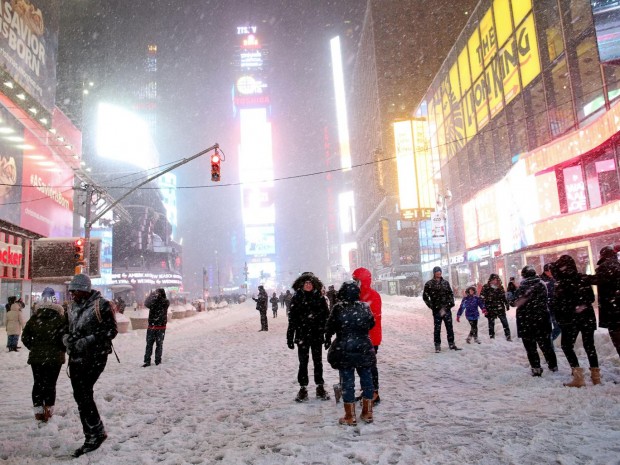 At least 19 people have died in the US as the historic Storm Jonas continues to wreak havoc across the east coast.

The blizzard has brought more than 2ft (60cm) of snow, causing 11 states to declare a state of emergency.

According to FlightAware.com, 3,283 flights within, into or out of the United States have been cancelled today.

More than 130,000 people are without power across the south east.

There are fears the weather system causing the blizzard could head to Britain, albeit in a much milder form.

Although the low pressure system will be extremely modified by the time it reaches British shores, the Met Office has issued 9 yellow “be aware” warnings over Tuesday and Wednesday.

The warnings have been issued across parts of Scotland, Wales and Northern England.

Rain is expected to be persistent and at times heavy, leading to localised river flooding, the Met Office has warned.

Many parts of the warning areas could see between 50 and 100mm of rain, with the most exposed upland parts of north Wales, north-west England and south-West Scotland potentially seeing between 150 and 200mm.

Helen Roberts, a meteorologist at the Met Office said: “The same low pressure weather system will affect weather in the UK and remnants of that storm will travel across the Atlantic, although it will be extremely modified.

“The weather is expected to be pretty mild, although heavy rain is expected over a two-day period next week, which may also bring some sleet and snow in higher areas.”