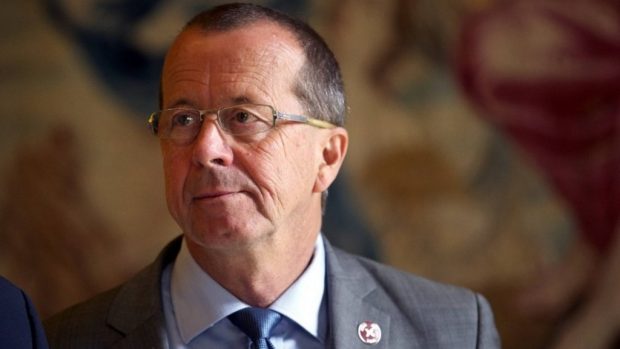 The UN delegate to Libya, Martin Kobler, warned on Wednesday that the constitutional validity of the Skhirat-signed agreement is going to end this December.

Kobler indicated in a conference at the Arab League headquarters in Cairo, Egypt, that now the UN-brokered political agreement, which was signed by the conflicting parties to end the stalemate in Libya, is facing constitutional expiry if it doesn’t get implemented before the end of December.

On Tuesday, Kobler was at a tripartite meeting with Arab League Secretary General Ahmed Abu Al-Gheit, and African Union High Representative in Libya Jakaya Kikwete, discussing the extension of the Government of National Accord’s cabinet to include all rival political parties to reach reconciliation and unity in Libya.

“Around one year has passed on the Skhirat agreement without its entry into force, and its constitutional validity will end if not implemented,” Kobler said.

In the meantime, the Presidential Council of the Libyan Government of National Accord (GNA) announced that it will hold consultative meetings on forming a government of reconciliation next week in Ghadames.

For: UN delegate to Libya says Libyan Political Agreement will expire before it takes effect