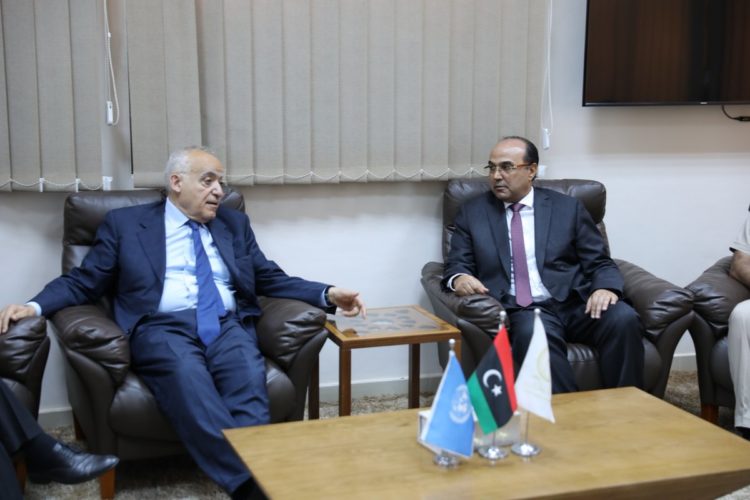 UNSMIL said on Twitter that Salame was visiting Benghazi to meet with a broad range of political and social figures, civil society and notables from the region.

“The meeting discussed the cooperation between the UN and Benghazi Municipality on development projects in the city and its surrounding.” UNSMIL said, adding that they also discussed planning and financing the reconstruction of city’s destroyed areas.

Meanwhile in Benghazi, Salame held another meeting and received representatives of the federal and civil democratic blocs in the HoR, expressing the UN and its agencies’ plans to strengthen and intensify presence as well as operations in Benghazi to provide the needed support to the city and region.

“During the meeting, they discussed the latest developments in Libya and exchanged views on ways to get out of the current crisis. Salame briefed the meeting on his tireless efforts to find a minimum level of consensus in the international community on the Libyan crisis.” UNSMIL reported.

The views expressed in Op-Ed pieces are those of the author and do not purport to reflect the opinions or views of Libyan Express.
How to submit an Op-Ed: Libyan Express accepts opinion articles on a wide range of topics. Submissions may be sent to oped@libyanexpress.com. Please include ‘Op-Ed’ in the subject line.
BenghaziLibyaUNUNSMIL
Share
Submit a Correction
Sign up for our Newsletter.