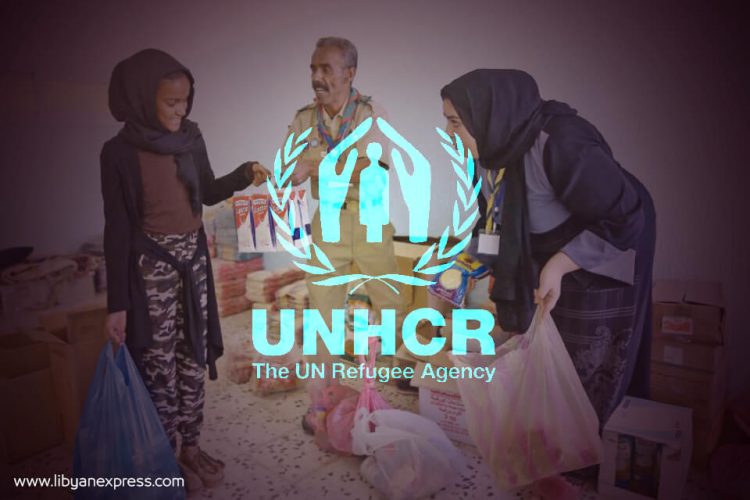 UNHCR said in a statement with the International Organization for Migration (IOM) that the appalling toll in injuries and lives from Tuesday night’s attack east of Tripoli at the Tajoura Detention Centre speaks to the deep concerns, expressed repeatedly¸ by UNHCR, the UN Refugee Agency and the IOM, over the safety of people in detention centres.

“This latest violence also speaks to the danger both IOM and UNHCR have warned over returning migrants and refugees to Libya after their interception or rescue on the Mediterranean Sea.” The statement reads.

“Our two organizations strongly condemn this and any attack on civilian life. We also call for an immediate end to detention of migrants and refugees. We call for a guarantee of their protection in Libya.” It adds.

The statement explained that such an attack deserves more than condemnation, saying that UNHCR and IOM believe a full and independent investigation is required to determine how this happened and who was responsible, and to bring those individuals to account.

“Coordinates of such centres in Tripoli are well known to combatants, who also know those detained at Tajoura are civilians.” The statement remarked.

IOM and UNHCR have dispatched medical teams, while a wider UN inter-agency team awaits clearance to visit the area.

“We remind all parties to this conflict that civilians must not be targets and must be protected under both International Refugee Law and International Human Rights Law.” It said.

IOM and UNHCR urged the broader UN System to condemn this attack and end the use of detention in Libya. Moreover, we urgently call on the international community to provide humanitarian corridors for migrants and refugees to be evacuated out of Libya.

For the sake of all in Libya, we hope that States with influence will redouble their efforts to cooperate in urgently bringing an end to this terrible conflict.

The views expressed in Op-Ed pieces are those of the author and do not purport to reflect the opinions or views of Libyan Express.
How to submit an Op-Ed: Libyan Express accepts opinion articles on a wide range of topics. Submissions may be sent to oped@libyanexpress.com. Please include ‘Op-Ed’ in the subject line.
Illegal ImmigrantsIOMLibyaMigrantsUNHCR
Share
Submit a Correction
Sign up for our Newsletter.

For: UNHCR, IOM call for independent international investigation into strike on migrants’ center in Libya