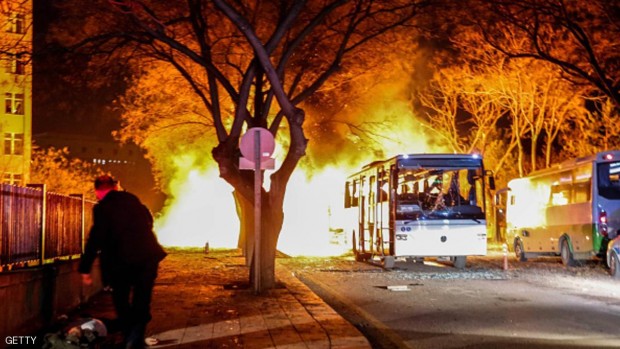 An obscure Kurdish militant group that is an offshoot of the Kurdistan Workers’ Party, which has long waged an insurgency inside Turkey, claimed responsibility on Friday for a car bombing this week in Ankara that killed 28 people. The group said the attack was in revenge for the Turkish Army’s campaign against Kurdish insurgents in the country’s southeast.

The group, known as the Kurdistan Freedom Hawks, made its claim as Turkish leaders continued to lay blame for the attack on a different group: a Syrian Kurdish militia that is supported by the United States in the battle against the Islamic State.

In blaming the Syrian Kurdish group, known as the People’s Protection Units, for the bombing in Ankara, the capital, Turkey was putting pressure on the United States to cut off support for the group, an outcome that analysts and American officials have said is unlikely given the group’s success against the Islamic State, also known as ISIS or ISIL.

Even as the Kurdistan Freedom Hawks claimed to be behind the bombing, the Turkish president, Recep Tayyip Erdogan, said Friday that “there is absolutely no doubt” that the perpetrator of the bombing was linked to the Syrian group supported by the United States.

The Obama administration said Friday that it had been unable to verify claims of responsibility for the bombing.

“Obviously the terrorist attack that occurred was outrageous, and one that we strongly condemn, because there were a lot of innocent lives who were affected,” said Josh Earnest, the White House press secretary.

Turkey indicated earlier this week that it was willing to send ground troops into Syria and pressed Western allies to coordinate such a campaign. On Friday, Russia circulated a resolution in the United Nations Security Council drawing attention to that possibility and calling on countries to respect Syria’s sovereignty.

Its prospects are bleak, coming as Russia’s stepped-up airstrikes on northern Syria have prompted a new exodus of civilians and, according to the United Nations secretary general, have “severely disrupted” the delivery of humanitarian aid.

Even before the Council’s closed-door session began Friday afternoon, the French ambassador, François Delattre, shot down the proposal’s prospects. He put the blame for the latest military escalation on the new push by the government of Syria’s president, Bashar al-Assad, and his backers in Moscow, and he warned that it could further inflame the region.

“Russia must understand that its unconditional support to Bashar al-Assad is a dead end and a dead end that could be extremely dangerous,” Mr. Delattre told reporters.

A copy of the draft measure, obtained by The New York Times, does not specifically mention Turkey. But it signifies Russian efforts to raise pressure on Ankara, which it accuses of aiding terrorist groups. The resolution includes language “strongly condemning continued cross-border shelling” as well as what it calls “the incessant flow of foreign terrorist fighters.”

In Paris on Friday, President François Hollande of France warned in a radio interview, “There is a risk of war between Turkey and Russia.”

“There must be pressure on Moscow so that we have negotiations,” Mr. Hollande said, according to Reuters, adding that he had told the Russian authorities, “You are not striking the right spots and you are striking civilian populations, which is unacceptable.”