UNSMIL report on violations of human rights in Libya during July 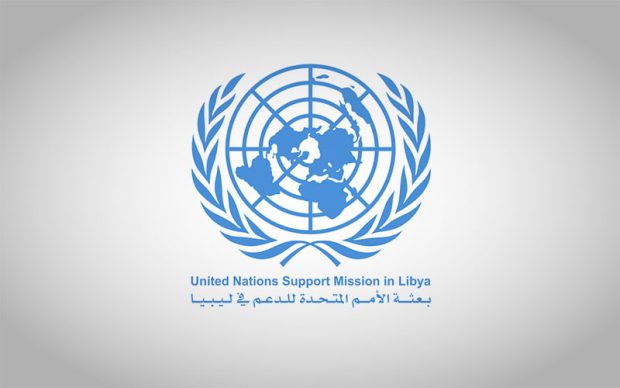 The majority of civilian casualties were caused by a shelling (8 deaths and 6 injuries), followed by explosive remnants of war (5 deaths and 7 injuries), gunfire (2 deaths and 3 injuries) and other explosives (5 injuries).

The civilian casualties included members of a family killed and injured (2 women and 3 children killed, 3 women and 3 children injured) from shelling on a beach in Tripoli on 4 July and a 3 year-old child killed in cross fire between Zawiya and Warshafana on 3 July. 2 men were killed and an unknown number of civilians injured during heavy armed clashes in Garabulli between Misratan armed group and allies against Tripoli Revolutionaries Brigade, Central Security Directorate (Tripoli branch) and other Tripoli-based armed groups. In Benghazi this included the death of one woman and two men caused by an explosive remnant of war (ERW), one man died as a result of a landmine and a woman was killed by a stray bullet.

On 3 July, a Benghazi diabetes clinic was hit by a shell. There were no civilian casualties, but there was material damage to the clinic.

UNSMIL was unable to determine with certainty which parties to the conflict caused the other civilian casualties in May.

On 4 July, the bodies of 19 Egyptian migrants, including one 17 year-old boy, were found south of Tobruk. It appeared that a number had died from thirst. The circumstances surrounding the case remain unknown.

On 8 July, a woman and child were killed and 8 people were injured from stray bullets from shooting in the air during celebrations for the liberation of Benghazi. On 11 and 23 July, two attempted car thefts, in Sabha and Zawiya respectively, left the two car owners and one of the perpetrators dead.

On 22 July, a heavily armed group, Abu Aaza, allied with the Abdul Ghani al-Kikli armed group, raided the Tarik al-Matar Tawergha internally displaced persons camp in Tripoli, apparently looking for youth who had been involved in crimes. They exchanged fire with some youths and injured one Tawerghan camp resident. Reports indicated that they also shelled one house in the camp, but there were no casualties.

During July, three videos emerged on social media depicting summary executions, torture and ill-treatment by Libyan National Army forces. The first video that emerged in 6 July depicted LNA forces brutally beating a detainee and kicking him around the head. The second showed the beating of two detainees in the presence of a Benghazi commander of the Special Forces, Mahmoud al-Werfalli. The third video appeared to show the shooting dead of 20 men, dressed in orange jumpsuits, kneeling on the ground in the presence of Mahmoud al-Werfalli on 17 July. The video was posted on Mahmoud al-Werfalli’s FaceBook page.

The views expressed in Op-Ed pieces are those of the author and do not purport to reflect the opinions or views of Libyan Express.
How to submit an Op-Ed: Libyan Express accepts opinion articles on a wide range of topics. Submissions may be sent to oped@libyanexpress.com. Please include ‘Op-Ed’ in the subject line.
LibyaUNSMIL
Share
Submit a Correction
Sign up for our Newsletter.

For: UNSMIL report on violations of human rights in Libya during July