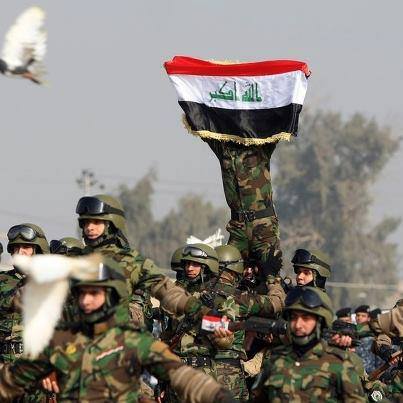 Iraqi PM Haider al-Abadi has said so-called Islamic State (IS) will be ousted from the country, after government forces recaptured Ramadi.

In a televised address, Mr Abadi vowed to retake Iraq’s second city of Mosul, saying it would be “the fatal and final blow” to IS.

The recapture of Ramadi was welcomed by US Secretary of State John Kerry, who said IS had suffered a major defeat.

The jihadists seized Ramadi in May, in an embarrassing defeat for the army.

Iraqi government forces have been fighting to retake the city – about 90km (55 miles) west of the capital, Baghdad – for weeks.

Is Ramadi a strategic defeat for IS?

Viewpoint: How to defeat IS

TV pictures on Monday showed troops raising the Iraqi flag over the government complex in the city centre.

Iraqi officials gave no immediate death toll from the battle.

“2016 will be the year of the big and final victory, when Daesh’s presence in Iraq will be terminated,” Mr Abadi said on state television, using another name for Islamic State.

“We are coming to liberate Mosul and it will be the fatal and final blow to Daesh,” he added.

‘Not the end of the crisis’: Press reaction

Middle East press reaction to the retaking of Ramadi ranges from hope that this development marks a turning point in the struggle against IS to reminders that the group has yet to be dislodged from other parts of the country.

Iraqi pro-Shia newspaper Al-Adalah: “The huge victories that were achieved by security forces indicate that the end of terrorism is imminent.”

Jordan’s pro-government daily Al-Rai: “The battle of Ramadi is not over. We still have to liberate Mosul.”

Saudi-owned London-based Al-Hayat: “Iraqi troops have entered Al-Ramadi and Islamic State gunmen have retreated. But its liberation will not be the end of its crisis. In order to return to normal life, there are political struggles to be resolved, as well as expected tribal vendettas and the challenges of rebuilding.”

The BBC’s Thomas Fessy, who is in Ramadi, says the battle against IS has destroyed the urban landscape.

He says that booby traps are everywhere and that Iraqi troops are still hunting retreating militants in parts of the city.

“While Ramadi is not yet fully secure and additional parts of the city still must be retaken, Iraq’s national flag now flies above the provincial government centre and enemy forces have suffered a major defeat,” he said.

The battle for Ramadi – capital of mainly Sunni Muslim Anbar province – was backed by air strikes from the US-led coalition.

US Defence Secretary Ash Carter said the expulsion of IS was “a significant step forward in the campaign to defeat this barbaric group”.

He said it was now important for the Iraqi government to maintain the peace in Ramadi, prevent the return of IS, and to help Ramadi’s citizens to return to the city.

UK Foreign Secretary Philip Hammond also congratulated the Iraqi government, adding that air support from the RAF around Ramadi had played “a key role” in the battle.

“This remains a long fight, but the coalition’s strategy is succeeding. We will continue to stand with the Iraqi people until Daesh is defeated,” he said.

State TV on Monday showed pictures of soldiers in Ramadi firing their guns in the air and publicly slaughtering a sheep in celebration.

Troops finally captured the government compound on Sunday, flushing out or killing IS fighters and suicide bombers who had been holding out in its buildings.

Brig Gen Majid al-Fatlawi, of the army’s 8th division, told AFP that IS fighters had “planted more than 300 explosive devices on the roads and in the buildings of the government complex”.

In the fight for Ramadi, the government chose not to deploy the powerful Shia-dominated paramilitary force that helped it regain the mainly Sunni northern city of Tikrit, to avoid increasing sectarian tensions.

For: US defence secretary: Iraqi army can make further gains against ISIS