US plans to trace IS escapees who fled conflict Sirte battle 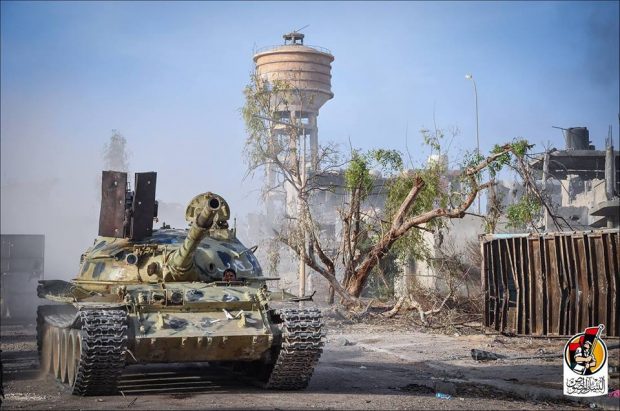 The Pentagon has tracked scores of Islamic State militants escaping fierce fighting in Libya’s coastal city of Sirte and has begun laying the groundwork for expanded air attacks to follow and kill them, part of a final push by the Obama administration to blunt multiplying militant threats across the broader Middle East, The Washington Post reported.

According to the Washington Post, intelligence from surveillance aircraft flying over Sirte and areas south of the city allowed the U.S. military’s Africa Command to track up to several hundred militants who U.S. officials now fear could be preparing to mount a counter­attack on allied Libyan forces.

The president’s counter­terrorism advisers are eager for Africa Command to pursue militants who have fled the coastal city but say military planners have more “homework” to do collecting and analyzing U.S. intelligence on their new encampments to ensure that U.S. strikes won’t inadvertently kill civilians, the American newspaper indicated.

“These guys are fleeing the fighting. There aren’t too many of them,” said one U.S. senior official who, like others, spoke on the condition of anonymity to discuss operations. “Why wouldn’t you want to pick them off?” The Washington Post added.

According to the newspaper, the Libya expansion comes amid a series of military escalations the White House has directed in recent months, from targeting leaders of al-Qaeda’s affiliate in Syria to launching major campaigns against Islamic State strongholds in Syria and Iraq. The Pentagon has also expanded operations in Somalia, Yemen and Afghanistan in a bid to beat back resurgent militant threats.

For: US plans to trace IS escapees who fled conflict Sirte battle