US special operations troops are on the ground in Sirte, officials disclosed 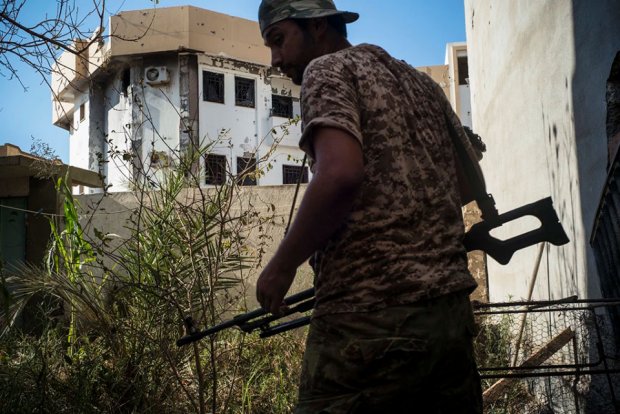 US officials, speaking on condition of anonymity, told the Post the commandos were working from a joint operations center on the outskirts of Sirte.

The Pentagon last week announced it had started an air campaign in Sirte following a request for help from the Libyan Government of National Accord.

The Post said the US forces are operating alongside British troops, and are helping to coordinate American airstrikes and providing intelligence to partner forces.

The Pentagon would not comment on the specifics of the Post story, but has previously acknowledged small US teams are helping gather intelligence in Libya.

“The US is providing unique capabilities — notably intelligence, surveillance and reconnaissance (ISR) and precision strikes — that will help enable GNA-aligned forces to make a decisive, strategic advance,” Pentagon spokeswoman Henrietta Levin said in a statement.

“A small number of US forces have gone in and out of Libya to exchange information with local forces, and they will continue to do so as we strengthen the fight against ISIL and other terrorist organizations,” she added, using another acronym for IS.

The Pentagon said the Libyan government has established joint operations rooms, but stressed they are away from the front lines.

For: US special operations troops are on the ground in Sirte, officials disclosed