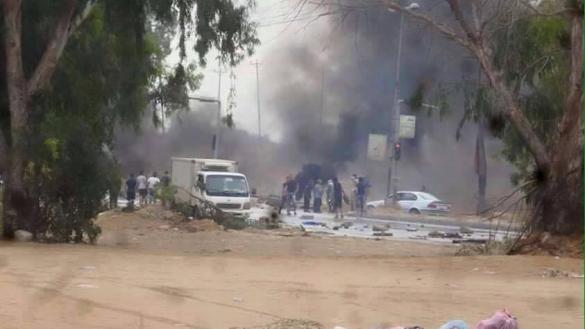 Two foreign workers have been reported dead and three others wounded as a random rocket fell on their house in Gawea area near Garabulli district, eastern Tripoli, where clashes are raging on between forces from Tripoli Revolutionaries Brigade and others related to Government of National Accord and forces from Misurata and others positioned in Garabulli related to the dismissed National Salvation Government (SG.)

The Libyan News could not verify the sources of the deaths news.

Meanwhile, all roads in the Garabulli districts that connect it to Tajoura and Tripoli are blocked by pro-GNA forces in a defence strategy against the attacking pro-SG forces.

The Garabulli mayor issued a statement on social media warning residents of approaching the areas of clashes for their own safety.

SG is the government body of the General National Congress. It is led by Khalifa Al-Ghweil.