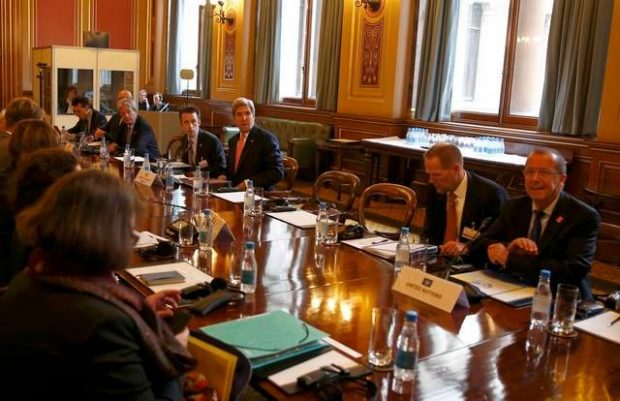 Many western and Arab countries have concluded their London-based meeting on Libya’s Government of National Accord (GNA) support by voicing their assistance to Fayez Al-Serraj to restore order in all parts in the country, Reuters reported.

“In London, officials from the United States, Britain, Italy, France, the United Arab Emirates and Saudi Arabia met Seraj for talks to tackle a standoff preventing the Government of National Accord (GNA) from expanding its authority outside the capital.” Reuters added.

According to Reuters, after the meeting, a spokeswoman for U.S. Secretary of State John Kerry said the ministers, who included British Foreign Secretary Boris Johnson and Italy’s Paolo Gentiloni, said they had reaffirmed the “strong international support” for the GNA.

“The ministers underscored their support for increasing the capacity of the GNA … to respond to the needs of the Libyan people,” Reuters reported State Department spokeswoman Elizabeth Trudeau as saying.

“The ministers also called upon all Libyan economic institutions to work together in support of this effort.” She added.

Her statement did not indicate whether any concrete action might ensue from the pledge of support, concluded Reuters.

According to Reuters, the meeting included a session that focused on Libya’s economy, in particular how to enforce economic decisions and stabilize the economy without a finance minister. The fractured North African state has two rival central bank governors and the GNA has been unable to appoint a finance minister.

For: Western powers vow to help GNA exact authority all across Libya