What Will The Internet Of Things Be When It Grows Up? 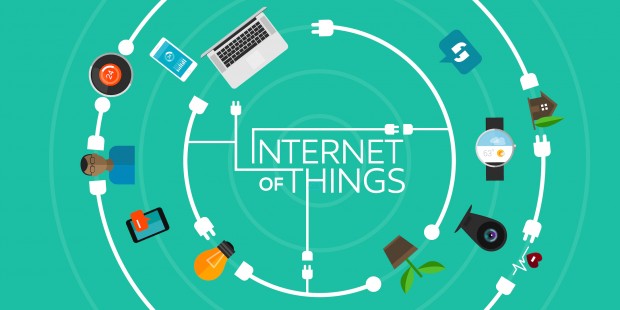 An old proverb advises, “Keep a thing seven years, and you’ll find a use for it.” Well, it’s been about seven years since there were officially more “things” connected to the Internet than people. It looks like they’re keepers, and we’ve found countless uses for them.

Now that the Internet of Things (IoT) seems to be firmly embedded in our lives, 2016 may be that transformational year when it segues from the “gee whiz” arena into practical, everyday application — along with all that entails in regard to development, policy and standards.

The same material science that is improving the range of the electric car will increase the duration of battery life for connected devices. This is a pretty important development, and will herald a larger number of wireless IP-based devices. And with this increase in numbers, more “thing” makers will start to offer direct-access APIs to their devices on local networks for other trusted IP-based devices (as opposed to offering exclusive access only through the cloud).

I am also anticipating the emergence of more natural interactions between people and “things” in the coming year — making devices more usable via voice control and semantic modeling and social interplay. This will create “thing” interactions that present less friction between people and technology, which is a prerequisite on the march toward IoT ubiquity.

On the visual human/thing-interaction front, we can also expect hologram technology to accelerate in 2016. A selection of APIs, SDKs and new gear will emerge next year and really kick off widespread development of hologram-based “cards” and similar applications.

One sticky development that may arise next year concerns the IoT and microdrones, as I think smaller form-factor personal drones will start to appear in 2016 (and like smartphones, they’ll be equipped with high-quality cameras and streaming capabilities). With these new IoT devices, people will begin to record, contextualize, share and store the “droneable” moments of their lives.

Other people’s privacy will be of significant concern, but will not stop the spread. Video will be captured and analyzed to create actionable data that’s cross-referenced with simultaneous or near-simultaneous contextual events (by time, location, subject participation, perspective, device density, etc.).

Determining who controls all that data and what is done with it will lead us down some interesting paths; debates about our current selfie-mania and mass over-sharing on social media will pale by comparison. Which leads us to…

Privacy issues will come to the fore as big players around the world increase their supply of IoT data-collecting devices and services. Legal jurisdictions will start to impose more rules that are more favorable to the preservation of consumer privacy by restricting where and how data can be extracted, moved, analyzed and traded. I also wouldn’t be surprised to see a few class actions or criminal litigation actions stemming from these issues.

Sadly, I think privacy and security failures by several large IoT providers in the new year will be a catalyst for this increased awareness. IoT devices, networks and infrastructure are already targets for nefarious threat actors, but I think the coming year will be marked by at least a few dramatic IoT hacks.

As the IoT evolves in industries such as transportation and healthcare, for example, policies around privacy and security will become a much more pressing concern. 2016 may be the year in which widespread foundational legal and administrative protocols are laid for the IoT. As part of that process…

In 2016, a certifying authority will begin to form so that some level of trust can be converted and conveyed to boost consumer confidence as they “hire” new IoT devices in their lives. This authority will most likely employ an easy-to-understand confidence badge certifying that devices comply with a minimum level of security and data protection.

I also think that a dominant schema will become evident next year, which will serve as the suggested “dictionary,” and that much of the industry will choose to follow it. This schema will be treated as open source, so individuals and companies around the world can participate in its evolution.

And at least two more new communications “standards” will emerge next year (maybe even one from a large retailer building its own broad IoT platform). Both will seek to gain worldwide acceptance as “THE” standard for connectivity between things, people and processes, but it’s hard to guess at this point whether either of them will actually fit the bill. So…

Are We There Yet?

The IoT is not a revolution in technology, but rather an evolution. As such, “things” will continue to evolve in accordance with human notions about their uses and application. Currently, there is too much noise for the mass market to really understand IoT and the value it can bring to their daily lives.

That confusion is augmented by the variety of non-interoperable products laid out side-by-side on store shelves, and the lack of a dominant standard. There is still a long way to go before we can consider the IoT “mature.” But 2016 may be the year we get our first real glimpse of what a full-grown IoT will look like, and it’s coming along nicely.

For: What Will The Internet Of Things Be When It Grows Up?