Will the US have a policy shift in Syria after Tomahawk strike ? 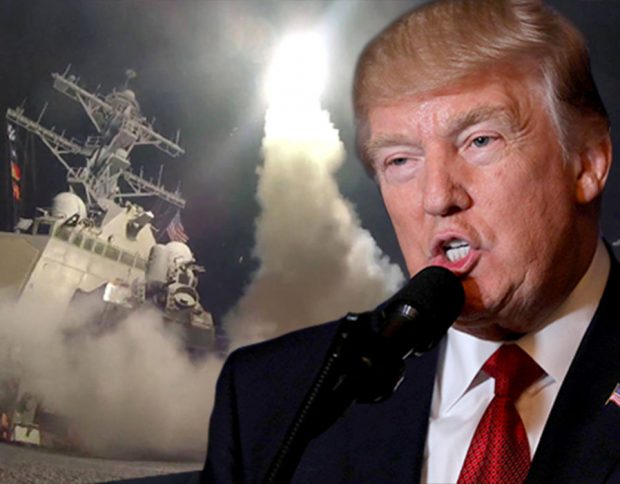 Just two days after the Syrian regime of President Bashar al-Assad apparently deployed chemical weapons on his own people again, President Trump shocked the world with a swarm of Tomahawk missiles on a Syrian air base, CBC reported.

CBC adds, the U.S. strike was met with swift condemnation by the Syrian government’s biggest supporter, Russia, which criticized what it called “aggression against a sovereign state in breach of international law … over a made-up pretext.” Syria and Russia deny the regime was responsible.

The tension rising from the ashes in Syria has many people on edge, but it could also open the door to diplomacy, even as the Trump administration announced new sanctions against the regime are coming, CBC indicated.

The question on everyone’s mind, however, with no clear answer, is what happens next?

Those who supported Trump’s strikes in the United States cheered the show of U.S. military power.

A Wall Street Journal editorial called it “an important first step to save lives, enforce global order, and improve the strategic outlook for the U.S. and its allies.”

“The strikes have … sent a very important signal to America’s friends, its critics, and its enemies,” Anthony H. Cordesman, a longtime former official at the State and Defense departments, blogged for the Center for Strategic and International Studies (CSIS), a think-tank in Washington, D.C.

In particular, supporters of such strikes hope that Russia and Assad will take the threat of further military strikes seriously, even if the Trump administration doesn’t plan on any, and return to the negotiating table in a serious way, CBC says.

CBC added that Secretary of State Rex Tillerson “can now walk into negotiations with everyone at the table understanding this president is willing to use force in a way his predecessor was not,” Andrew Exum, a deputy assistant secretary of defense for Middle East policy in the Obama administration, wrote in the Atlantic Friday. “The U.S. hand in negotiations over the fate of Bashar al-Assad is now strengthened.”

Tillerson was already scheduled to travel to Moscow next week to meet with Russian leaders. A senior aide confirms that he will continue the conversation about Assad while he’s there.

Given the increased global pressure and this renewed U.S. focus, Russia may even relinquish its support for the regime and help remove Assad from power, said Jon Alterman, the director of the Middle East Program at the CSIS, CBC indicated.

“Russia is looking out for Russia,” he added, but warned against trusting them too much. “One has to be careful because you can seem to have more cooperation with Russia than you do.”

It’s an experience Exum had firsthand, as the United States sought to make a deal with Russia over Aleppo last fall, the last moderate opposition stronghold that Assad and Russia bombed into submission, CBC added.

“By the end, we were practically begging the Russians to just let humanitarian aid shipments into East Aleppo. As one of the U.S. negotiators, I found the whole experience degrading,” he wrote.

Ultimately, it seems, the nation’s top diplomat trusts the international peace process to bring the 6-year war to an end.

“Through the Geneva process, we will start a political process to resolve Syria’s future in terms of its governance structure, and that ultimately, in our view, will lead to a resolution of Bashar al-Assad’s departure,” Tillerson told reporters Thursday according to CBC.

For: Will the US have a policy shift in Syria after Tomahawk strike ?