With US sidelined, Macron’s hubris and hypocrisy are on full display

BY Sasha Toperich and Debra Cagan Jul 15, 2020 - 19:12
President Emmanuel Macron is facing daunting economic problems at home, and his party’s recent foray into local elections has led to some stunning defeats. With German Chancellor Angela Merkel’s long-time European leadership phasing out, Macron’s cozying up to Vladimir Putin and embarking on foreign adventures is designed to solidify yet another bid to place France fully at the helm of Europe. The lack of strong U.S. leadership has left a glaring void on the global stage — and Macron sees this as an opportunity to join in the fray of countries eager to fill it.

His actions to date — which inevitably will impinge on U.S. interests and policy — are anything but heartening. Take Libya as prime example.

If there is a European country to be singled out for its destructive efforts in pushing Libya towards the abyss of collapse, it is France.

Instead of mobilizing the European Union to support Libya’s hard won and challenging quest for freedom, France opted to align with the United Arab Emirates and Russia in support for renegade military colonel Khalifa Haftar’s quest to “conquer Libya” by force and rule the country as a “new Gadhafi.” Libya’s post-2011 revolution brought challenging internal and external power struggles mostly fueled by the rivalry of two not very attractive political concepts in the Arab world: political Islam and autocratic rule. The Arab spring and demand of people to share in the wealth previously reserved for the political elite has proven to be a serious threat to elites in a number of Middle Eastern countries — including significant U.S. allies — who fear revolution demanding real change, transparency, and freedom of expression. Their support for a military coup in Libya is both bold and clear — but France should know better.

French policy in Libya may well damage the EU’s reputation. Hypocritically named Operation IRINI, (Greek for “Peace”), the EU blockade only succeeded in helping to secure Haftar’s military victory over western Libya and allowed heavy weapons to transit to Haftar’s bases in the east. Not surprisingly French missiles were discovered last year on a base loyal to Haftar. While French oil giant Total has been a significant presence in Libya for over 60 years, it is a good bet that Haftar promised much greater economic rewards to France for its backing.

By the fall of 2019, Haftar (76) started to lose both on the battle ground and in the court of international public opinion, where reputable Libya experts from both sides of the Atlantic revealed the true nature of his thirst for power which has little to do with “fighting terrorism” but much to do with money and power for him, his heir-apparent sons and his backers.

In November 2019 Macron — apparently not pleased with the U.S. withdrawal from Syria and permitting Turkey a free hand — called NATO “brain dead.” Macron accused Turkey of a “historic and criminal responsibility for a NATO member” and of Turkey’s “obstruction of the Berlin process” for Libya. The fact is, Turkey safeguarded Idlib, preventing its fall into Assad’s and Putin’s hands. Moreover, if Turkey had not heeded the call for military help to the GNA (Libya’s internationally recognized government), Russia’s Libyan foray could well have succeeded, and the world would have witnessed more mass graves and crimes committed by Haftar’s militias, such as those recently discovered in Tarhuna after Haftar’s forces fled the city.

What a hypocrisy for Macron to call the Libyan crises “increasingly complex due to foreign interventions,” especially since he continued to support Haftar even after he launched last year’s military attack on Tripoli. Add to this Macron’s ill-advised dalliance with Russia, which could have endangered NATO’s southern flank by giving Russia yet another base to put its forces in the region.

Macron’s hubris is on full display when he blames the U.S. for “weakening” NATO while expressing “confidence” of progress in French ties with Russia following his recent video conference with Putin, dedicated to Libya.

This article was originally published on The Hill on July 03, 2020. Libyan Express obtained permission from its author Saša Toperić to republish it on the website. 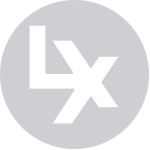 For: With US sidelined, Macron’s hubris and hypocrisy are on full display