Women Share How Much It Cost Them To Give Birth 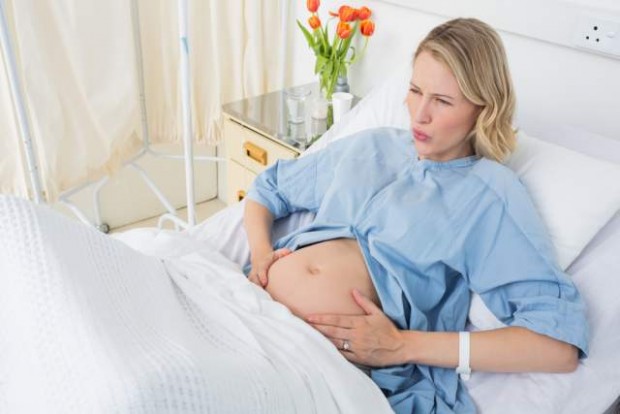 I almost had a breakdown after my son was born, and it wasn’t due to new-mom anxiety. Despite having “great” health insurance, my husband and I were handed more than $5,000 in hospital bills.

As if the price tag wasn’t painful enough, the invoices trickled in over the span of nine months. We’d scramble to pay off a large bill and—bam!—another one would arrive in the mail that was due in two weeks.

I tried to fight a few of the more outrageous ones, like the $800 bill for “blood” since I never had a blood transfusion. I was laughed at by a hospital administrator—she told me that I’d never be able to successfully get rid of the charge, that we were billed because the hospital had blood “in case” I needed it…but I hadn’t.

We had saved up for months to lessen the financial blow of my maternity leave and new baby expenses. That money was wiped out in a month, all because of hospital bills. I was already frazzled with learning how to keep a baby alive, and the unexpected financial stress didn’t help.

Unfortunately, my frustration isn’t rare. Countless families have gone through the same situation. While some women have tiny hospital bills after giving birth, they seem to be the minority.

Planning to have a child one day or just want to see how bad you had it compared to other women? Check out the hospital bills of several women from across the country below—all of whom were insured—then get expert input on how you can keep costs at bay when you give birth.

Amy, Brooklyn, New York
Total cost: $6,285
What went down: Attempted natural childbirth, but had to have an emergency C-section
In her own words: “After the birth, the bills started coming in fast and furious.  I tried to keep on top of them and send them off to the insurance companies. It seemed like everyone at the hospital sent a separate bill, which made everything even harder to keep track of. I have come to expect hospitals to charge ridiculous amounts in indecipherable bills for unrequested services. I get very nervous when I receive multiple bills for the same procedure because it is so hard to ferret out what is what, and I am always concerned that I am being double-billed for things.  I should be more aware and careful about it, but I was not in a state to do that at the time. Honestly, I probably paid more than I owed because I didn’t take the time to follow up on things. I think that whole system needs to be overhauled and pricing needs to be more transparent.”

Ce, Winchester, Virginia
Total cost: $52
What went down: No birth complications and had an epidural
In her own words: “I had a great pregnancy and delivery, although the little man was stressed at the end. He wouldn’t breathe for four minutes after he was born, and they had to do CPR to get him to. He was monitored in the nursery, but other than that, it was smooth sailing. Our insurance is good. We knew the cost would be low, but we didn’t know it would be that low. I love our insurance!”

Katie, Providence, Rhode Island
Total cost: $5,000
What went down: No birth complications and had an epidural
In her own words: “We were somewhat surprised by the costs when I gave birth to my second son because some things weren’t covered. Seeing how much the hospital charged for stuff was totally nuts. Our insurance year renewed in the middle of my pregnancy so the deductible started over. I know that should have been obvious, but we hadn’t thought about it! What’s really crazy is that we had different insurance with our first son and paid almost nothing—even though our sons were born at the same hospital.”

Nora, Unionville, Pennsylvania
Total cost: $6,000
What went down: Had a scheduled Caesarian
In her own words: “I hate insurance. It is so confusing. I had a C-section, so that added more cost and I had to stay in the hospital for two days after giving birth. Some of the bills were in my name, and some were in my baby’s name. The cost was not a surprise. I called my insurance company when I knew I was going to have a C-section, just to be sure that we were covered. I had our son in May, and we went to settlement on a new home at the end of June, so we did a payment plan for the hospital bills. We just got everything paid off in November. It is crazy, the cost of having kids.”

Lindsay, Brooklyn, New York
Total cost: $2,000
What went down: Had a natural childbirth at a hospital with a midwife
In her own words: “I was shocked and frustrated by the cost. The midwife practice that was recommended to me—because they do all their deliveries in a hospital—did not accept any insurance at the time. So we paid out of pocket. After our baby came along, happy and healthy, we filed an insurance claim but still owed $2,000.

“I stayed in the hospital for less than 24 hours. I did not use any medication. But because I opted for a ‘natural’ or un-medicated delivery, I paid much more than many friends who were covered upfront by insurance and used far more health services, including way more medication and diagnostic tools and had far longer stays in the hospital.”

Haley, Washington, D.C.
Total cost: $0
What went down: 30 hours of labor, three hours of pushing, and had an unplanned C-section
In her own words: “I remember wondering what the bill was going to look like in the days and weeks after my horrendous delivery ordeal. I went through the whole thing—epidural, Pitocin [a drug that is used to kickstart labor], water breaking, increased epidural, ice pops, pushing, pushing, and more pushing—and all of that was followed by surgery and a four-night hospital stay. I was absolutely flabbergasted that the only out-of-pocket expense we had to pay was the difference between a private and shared room [$1,200 for a four-night stay]! I kept waiting for more bills to come in, but they never did. I guess I have great insurance coverage.”

Julie, Detroit, Michigan
Total cost: $19.99
What went down: Induced due to preeclampsia and had an epidural
In her own words: “The original cost was $19,000, but my military health care covered all but $19.99. I’ve heard of tons of people having to pay loads of money to have babies. I know that I’m very lucky with my health insurance.”

Laura, Lewes, Delaware
Total cost: $6,000
What went down: No complications and had an epidural
In her own words: “Our bill from just the obstetrician was around $3,000—that’s not accounting for any hospital or anesthesiologist fees. We definitely expected it to be high because our insurance isn’t the best, but our hospital bills never stopped. It was constant and seemed never-ending. What we didn’t think about is that you start to get bills for the baby, as well. For the next pregnancy, we’re putting money in our HSA to help.”

There’s a reason why it often costs a lot to give birth: Childbirth is one of the most expensive payouts for insurance companies, and more than 300,000 American women give birth every month, says health-care expert Sarah O’Leary, founder of Exhale Healthcare Advocates, a national consumer health-care advocacy. Since insurance companies make money by taking in more than they pay out, their customers often have to shoulder some—or a lot—of the financial burden.

O’Leary notes that every hospital decides independently how much a test, procedure, medication, and even blanket costs. She says this charging system often results in “wildly inflated” costs, and they can vary from hospital to hospital—even if you’re just looking at ones in the same neighborhood. “Because insurance companies have negotiated rates with their preferred hospitals, we may not be impacted by this,” she says, “but patients can be in jeopardy when insurers don’t cover certain inflated costs completely or in part.”

Also troubling: According to a 2009 University of Minnesota study, 30 to 40 percent of all medical bills contain errors.

While the cost of giving birth is determined by a slew of factors, including your level of insurance, deductible, what the hospital charges, and whether the hospital and care providers are in-network, it is possible to keep high bills at bay, says health-care expert Caitlin Donovan, a director at the National Patient Advocate Foundation.

First, call the hospital where you plan to give birth, and ask whether they’re in your network. Most people don’t realize this, but you may not be in network at the hospital where you choose to give birth—even though your doctor is. “Some neonatal intensive care units (NICUs) can be contracted by the hospital, so if your child ends up in NICU, it might not be covered, either,” she says. Not only that, if you plan to get an epidural, the anesthesiologist may not be covered by your insurance. And they’re “infamous” for being out of network, says Donovan. She recommends asking about that during your phone call, as well.

Next, come up with a birth plan that includes which tests you may or may not want to get during your labor. “Many times, your health-care provider is going to be pressuring you to get a lot of testing done, and that will usually cost extra,” she says. “We’re in the habit of saying ‘yes,’ even when it’s not medically necessary.”

You should also make that plan clear to the doctors and hospital staff; let them know that you want to be made aware of any test or procedure that may not be covered by your insurance and/or isn’t medically necessary, says O’Leary.

For: Women Share How Much It Cost Them To Give Birth