World must not abandon the women of Afghanistan

President Joe Biden was adamant early this month when he aimed to convince the American people and the world that there was nothing left for the US to do in Afghanistan and the time had come to end the 20-year war, in which Al-Qaeda’s bases in the country were destroyed and its leader Osama bin Laden killed in Pakistan, leaving a heavy weight on the shoulders of the weak Afghan government.

“The United States did what we went to do in Afghanistan: To get the terrorists who attacked us on 9/11 and to deliver justice to Osama bin Laden, and to degrade the terrorist threat to keep Afghanistan from becoming a base from which attacks could be continued against the United States. We achieved those objectives. That is why we went,” Biden stated from the White House.

As per Biden’s orders, US forces have largely deserted their bases in Afghanistan two months ahead of the set deadline, ignoring the growing concerns of the US intelligence community about the future of the country and the shape of the government that will oversee the war-torn nation. Despite the warnings of several military commanders, politicians and terrorism experts that the Afghan government will not be able to limit the growing influence of the Taliban without the backing of American firepower, Biden is leaving the matter to the Afghans.

For months, high-level representatives of the Afghan government and Taliban have been holding talks in the Qatari capital Doha in an attempt to find a peaceful solution and shape the political future of the country, but no progress has been made. However, the radical Islamist movement, which once provided a haven for Bin Laden, is moving rapidly and has taken control of more than a third of Afghanistan’s 407 districts, displacing more than 270,000 people since January.

In the meantime, Taliban fighters are tightening their grip on the outer edges of Kabul, waiting for the right moment to confront the Afghan security forces. Some regular troops have already surrendered to the radical group in different areas around the country.

There is no hope left for the Afghan women and girls who briefly believed that they could draw their own future. They want to attend schools and universities, to earn a living, and be independent.

Former President George W. Bush, who launched the war against Al-Qaeda in Afghanistan in 2001 in the wake of the Sept. 11 attacks, last week shared his fears of how the radical Islamist group will treat Afghanistan’s most vulnerable and innocent people. “I’m afraid Afghan women and girls are going to suffer unspeakable harm,” he said in rare political remarks during a television interview, describing Biden’s decision as a “mistake.”

Since 2016, several female television and radio anchors have been assassinated by either unknown gunmen or car bombs. In one incident in March, Daesh militants admitted killing three women who worked for a TV station in eastern Afghanistan.

Women in Afghanistan first gained the right to vote in 1919 — a year before their contemporaries in the US — and they gradually gained more rights until the rise of the Taliban. According to a report published by the US State Department in the early 1990s, 70 percent of schoolteachers, 50 percent of government workers and university students, and 40 percent of doctors in Kabul were women. Then, between 1996 and 2001, the clock stopped for these ambitious women under the rule of the Taliban, as female citizens were subjected to severe restrictions and punishments. Women’s universities and schools were closed and female workers were forced to quit their jobs, while they were also denied access to healthcare and nutrition.

Bush was accurate when he described the state of women’s rights under the rule of the Taliban in his remarks to the Warsaw Conference on Combating Terrorism in November 2001. He said: “Women are imprisoned in their homes and are denied access to basic healthcare and education. Food sent to help starving people is stolen by their leaders. The religious monuments of other faiths are destroyed. Children are forbidden to fly kites, or sing songs… A girl of seven is beaten for wearing white shoes.”

History will soon repeat itself if governments worldwide, the UN and global nongovernmental organizations do not take preventive measures. Just because the US has chosen to abandon Afghanistan’s female population, that does not mean the rest of the world should follow.

The voices of these women should be heard in the Doha talks. The four female participants, who are members of the government negotiation team, should be empowered to defend their hard-won gains of the past 20 years. 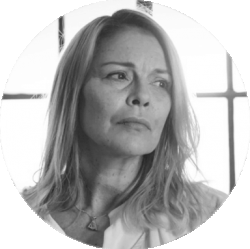 Dalia Al-Aqidi
Senior Fellow at the Center for Security Policy

For: World must not abandon the women of Afghanistan