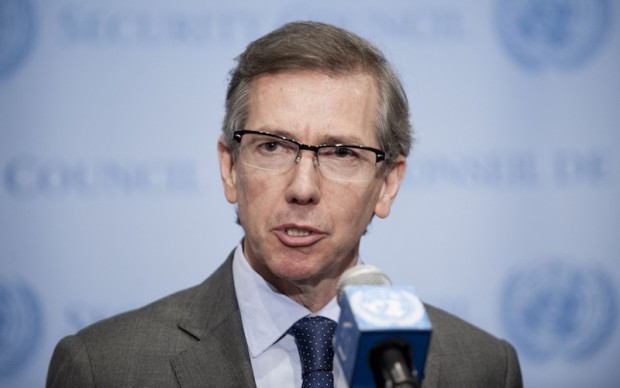 If you believe the press releases and glowing public statements emanating from the United Nations the past few weeks, Libya has a new unity government and peace and stability will inevitably follow. After all, the UN Security Councilunanimously passed Resolution 2259 – so that ought to wrap things up.

But the reality is, passing that resolution won’t help Libya. Instead, it will be the start of even more problems.

Thanks to the UN action, Libya will have even more people claiming political legitimacy than it had before – one group in Tripoli, another in Tobruk and the third, one assumes, in New York City. If there’s one thing Libya didn’t need more of, it’s more people claiming to be legitimate government representatives.

Parachuting a third “government” into Libya by Western vote is pretty bad. But, as things tend to be in the region, the UN action is actually far worse than it appears. First, the newly approved UN plan is the exact plan devised and announced by former UN envoy Bernardino Leon – who was caught accepting a high-paying job from a country which was arming, funding and fighting with one side of the Libyan conflict. The same Leon who told his future employers that one of his goals was to “discredit” one of the existing Libyan governments.

Compounding a bad situation, in response to the Leon scandal, the UN has not only refused to even acknowledge the conflict of interest and corruption of their envoy, they unanimously approved the plan he drafted. It’s little wonder that leaders in Libya and the region are not supportive of the “new” UN plan for a “unity” government.

Importantly, the UN plan doesn’t really create a third government, even though many in New York and throughout Libya see it that way. What it really does is create a structure for a new government, pending approval of previously drafted (but not yet approved) agreements. Already, representatives in both Libyan governments – including an outright majority of one – say those agreements won’t be approved as drafted and the UN government won’t materialize.

So, the UN resolution likely means nothing in terms of peace or stability or a new era of Libyan governance. But what it may do is far worse.

Almost before the ink was dry in New York, leaders of Western Governments such as the United Kingdom were asking and answering questions about receiving “approval” from the “new government” to bomb Islamic State militants in Libya.

While directing bombers to attack positions in Libya may serve Western interests to take the hardest possible line on the Islamic State, it – and the new government which supposedly approved it – won’t help Libya one bit. It’s inconceivable that Libyan families caught in territory controlled by the Islamic State will feel better about being bombed because the NATO bombers got approval from a government unanimously created at the UN.

That’s not to argue that dislodging the Islamic State from Libya is a bad idea. Most Libyans want them gone as much as Western leaders do. But doing it this way – hiding behind the withering fig leaf of a UN resolution drafted by a corrupted envoy – will do far more harm than good.

Pretending the Leon/UN plan gives lawful authority to wage war on the West’s preferred targets is dishonest. And it will destroy whatever good will toward the United Nations and Western powers remains – good will that was established by their swift and laudatory actions in support of the revolution to overthrow Gaddafi.

For those who have struggled and fought to create and defend a Libya based on democracy, rule of law and the brotherhood of modern nations, this UN created government plan may be disastrous. What can be said to those contrary voices in Libya who argued from the beginning that the intervention of Western powers in Libya was nothing but a trick to install their government and deploy their own armies?

For: Wrong Directions adopted by UN in Libya